As noted, WWE's upcoming DVD on Matt Hardy and Jeff Hardy will feature footage from TNA after WWE reached an agreement with Impact. "Twist of Fate: The Best of the Hardy Boyz" will be a three-disc set that hits stores on May 1st, featuring 27 matches and new segments filmed at Matt's Hardy Compound in Cameron, NC. You can pre-order the DVD at a discount via this Amazon link.

Above is an exclusive sneak peek at the DVD, courtesy of WrestlingDVDNetwork.com. This is the first WWE Home Video release that features footage from TNA or Impact and it looks like this means that same footage will also air on the WWE Network.

WDN reviewed an advanced copy of the DVD and notes that there are clips of Matt and Jeff talking about their highlights working for TNA, the "Broken Hardys" gimmick and The Final Deletion match.

It's worth noting that the logo for Impact's Global Wrestling Network is present during any footage from the company. The DVD also features this notice from WWE:

"To watch all the Hardys' Impact Wrestling matches in their entirety, download the Global Wrestling Network app. Available on all your favorite streaming devices!"

Below are screenshots that show the GWN logo, courtesy of WDN: 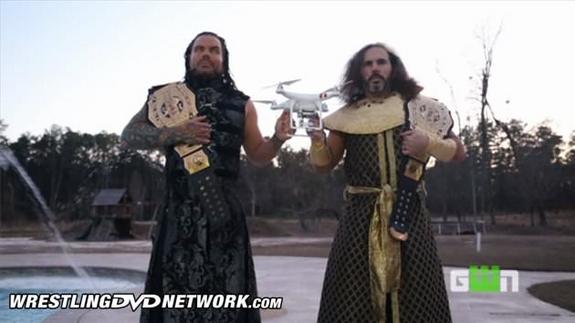 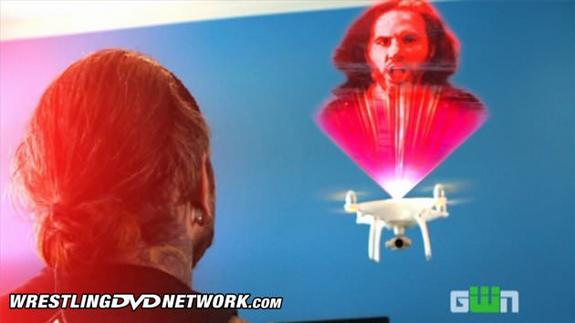