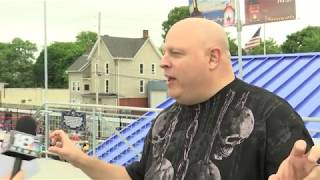 - In recognition of the worldwide growth and increased popularity of women's wrestling, Pro Wrestling Illustrated has announced that it will expand its annual PWI Female 50 issue to the Women's 100, effective this year. Like the annual PWI 500, the Women's 100 will include worldwide talent, including women from Mexico, Japan, Europe, and around the globe. In previous years, the Female 50 was exclusive to women competing in the U.S. and Canada.

"With the rise of women's wrestling in WWE, as well as the growth of promotions like STARDOM, Pro Wrestling EVE, and on the independents, there is an incredible amount of female talent out there today. It definitely seems like the right time to expand our ranking from 50 spots to 100," said PWI Senior Writer Dan Murphy, who also co-wrote the book Sisterhood of the Squared Circle: The History and Rise of Women's Wrestling (with Pat Laprade). "I think this will be one of the most ambitious and timely projects PWI has undertaken and I'm very excited to be coordinating it," Murphy said.

The Women's 100 will be released this fall.

- Impact Wrestling will return to the Rebel Entertainment Complex in Toronto this Sunday for another set of Impact TV tapings. Kongo Kong vs. Brian Cage, The Lucha Brothers vs. The Cult of Lee and Rich Swann vs. Petey Williams have been announced for the show. Tickets are available here.

- Local veterans charity Ma Deuce Deuce has partnered with WWE Hall of Famer Diamond Dallas Page. Page will give his "Inspiration meets Perspiration" talk to veterans and their families ahead of a limited-seat event and workout sponsored by Sullivan Kickboxing Academy at their facility, 1001 Fischer Blvd in Toms River NJ this Sunday, August 12. The event is at no cost to veterans and their spouses. "DDP Yoga with Ma22" will also serve as a fundraiser for the local veterans charity, who will be selling t-shirts that day. Ma22 focuses on veterans with PTSD and creating awareness of the 22-a-day veteran suicide epidemic. One of the more famous DDP YOGA success stories is of veteran paratrooper Arthur Boorman, whose physical condition after years of jumps left him depressed and barely able to walk. After sticking with DDP Yoga, Boorman was able to run again.

- Speaking of DDP YOGA, it has been re-branding to DDPY. A new logo was unveiled for DDPY, which you can check out below:

The new logo for DDPY, as they re-brand from DDP YOGA