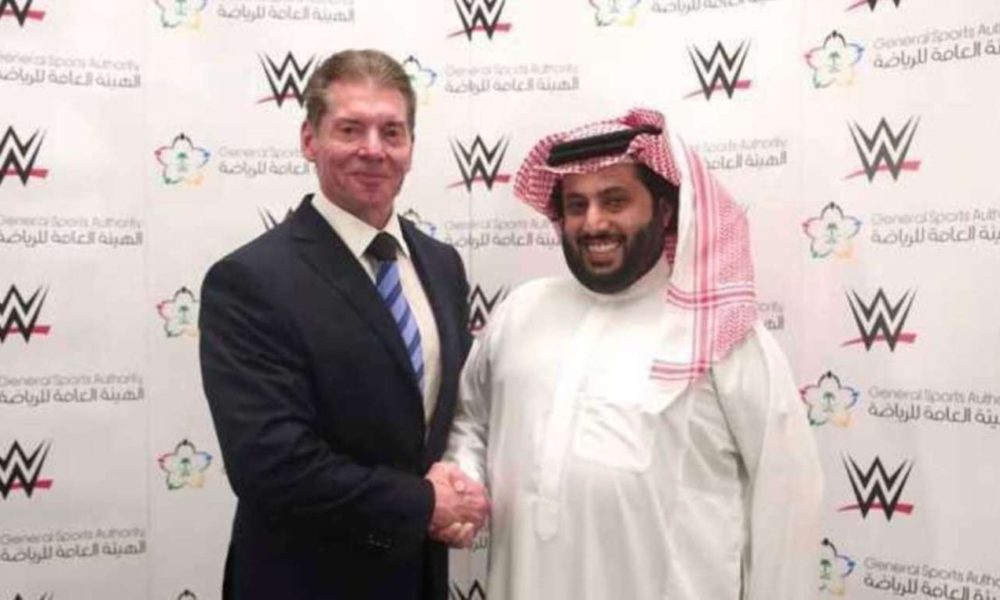 Vince McMahon reportedly got word that the decision on keeping WWE Crown Jewel in Saudi Arabia would be left up to him late in the day on Wednesday, October 24, according to the Wrestling Observer Newsletter. Vince then informed people who needed to know that the show was still taking place as scheduled, and then the company officially announced the decision in the third quarter earnings report the next morning.

It sounds like Vince was still determined to keep Crown Jewel in the Kingdom, even if they weren't able to host it this week as planned. The Observer reports that even if Vince was told that he couldn't go and conduct business in the Kingdom, presumably by the United States government, then he was trying to reach an assurance that he would be able to take the company to Saudi Arabia in a few weeks once the controversy surrounding the murder of journalist Jamal Khashoggi quieted down.

It was reported in the days leading up to the decision that WWE was "frantically" searching for a new Crown Jewel location but it appears they were working on several back-up plans. The new report from the Observer indicates that the company, or at least Vince, was set on keeping the event in the Kingdom.

Subscribe to The Wrestling Observer by clicking here. Each issue has coverage and analysis of all the major news, plus history pieces. New subscribers can also receive free classic issues.