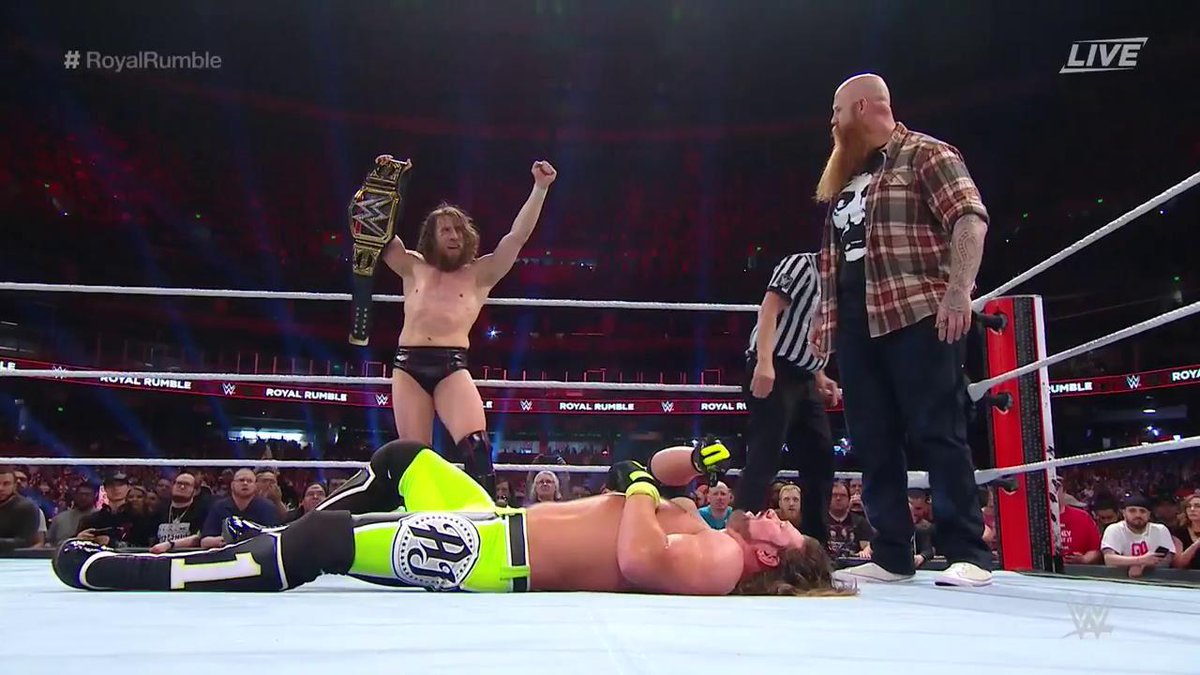 Rowan came out towards the end of the WWE Title match between AJ Styles and champion Daniel Bryan. Rowan would attack Styles while the referee was down, allowing Bryan to get the pin to retain the title. Rowan then helped Bryan take out AJ again after the match. Rowan and Bryan then left together.

Rowan had been out of action since August 2018 with a torn bicep. It's been expected that The Bludgeon Brothers would return to SmackDown soon as Harper is almost cleared from wrist surgery.

Below are photos and videos from tonight's return: