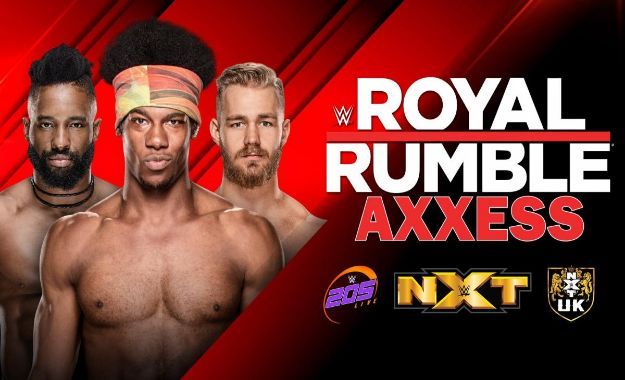 As noted, WWE officially announced the WWE Worlds Collide Tournament during Royal Rumble weekend as part of Axxess. The tournament will feature talent from the NXT, NXT UK and 205 Live brands.

One of the stars listed for 205 Live was Humberto Carrillo. The former Ultimo Ninja was part of the class of WWE Performance Center recruits last October and worked a match for NXT television later that month where he teamed with Raul Mendoza in a losing effort to Oney Lorcan and Danny Burch.

WWE has since removed Carrillo from their article about the event and it simply says that "A Superstar to be named" will be filling his spot. Cedric Alexander, Tony Nese, Drew Gulak and TJP are the other names for the 205 Live brand while Adam Cole, Velveteen Dream, Dominik Dijakovic, Keith Lee and Otis Dozovic will be representing NXT. Mark Andrews, Tyler Bate, Travis Banks, Jordan Devlin and Zack Gibson will be in the tournament for NXT UK.

Previous Article
Bandido Vs. Flip Gordon Announced, Kevin Kelly On NJPW Possibly Working With AEW, Scott Steiner
Next Article
Chris Jericho On If Vince McMahon Knew He Was Joining AEW, His Signing Being Like Hulk Hogan To WCW