- WWE posted this video of the six women's tag teams reacting to the brutality of the recent Elimination Chamber match. That match saw Sasha Banks and Bayley win to become the first WWE Women's Tag Team Champions. The other teams in the match were Nia Jax and Tamina Snuka, Mandy Rose and Sonya Deville, The IIconics, Liv Morgan and Sarah Logan, Carmella and Naomi.

- We noted earlier today how WWE had updated their live event listings with Roman Reigns and Dean Ambrose being scheduled for post-WrestleMania 35 live events, mainly the annual tour of Europe. This led to speculation that Ambrose had possibly changed his mind on staying with the company as it's been confirmed that he's leaving WWE when his current deal expires in April.

In an update, WWE made another edit to those European tour listings today, shortly after our report went live, and they have removed Ambrose and Reigns from those live events. It looks like Reigns will just be working TV and pay-per-view events for the time being as he is still listed for those.

Below is a screenshot of Ambrose listed for the May 17 live event in Cardiff, Wales, taken this morning before the listings were edited again this afternoon: 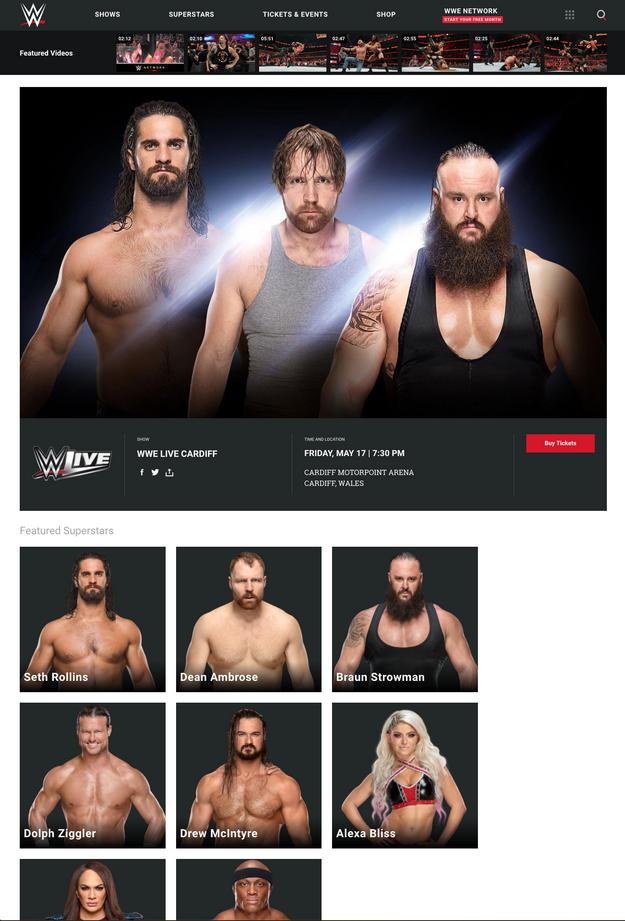