The Miz And Maryse Announce Their Second Child 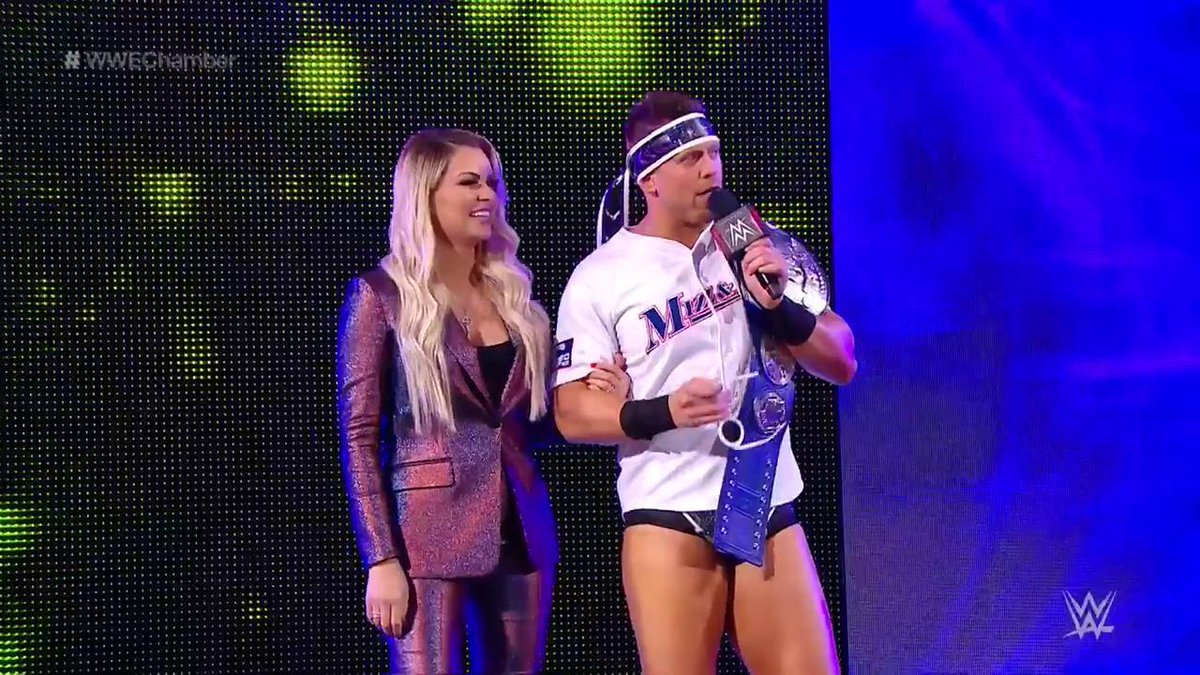 The Miz and wife Maryse announced at tonight's WWE Elimination Chamber pay-per-view that they are expecting their second child together.

The announcement was made before Miz and Shane McMahon dropped the SmackDown Tag Team Titles to The Usos. Miz had dedicated the match to his dad, his wife, his daughter Monroe Sky, and their unborn child.

Miz and Maryse welcomed their first child back on March 207, 2018 - a daughter named Monroe Sky. Maryse's second pregnancy will likely be covered on the second season of Miz & Mrs., which premieres on the USA Network this spring. The second season will feature 14 episodes.

Below are a few shots from tonight's announcement at Elimination Chamber:

Monroe Sky is going to be a BIG SISTER!@mikethemiz & @ShaneMcMahon have a STRONG support system for this one... #WWEChamber pic.twitter.com/rvnBY3Z0T4