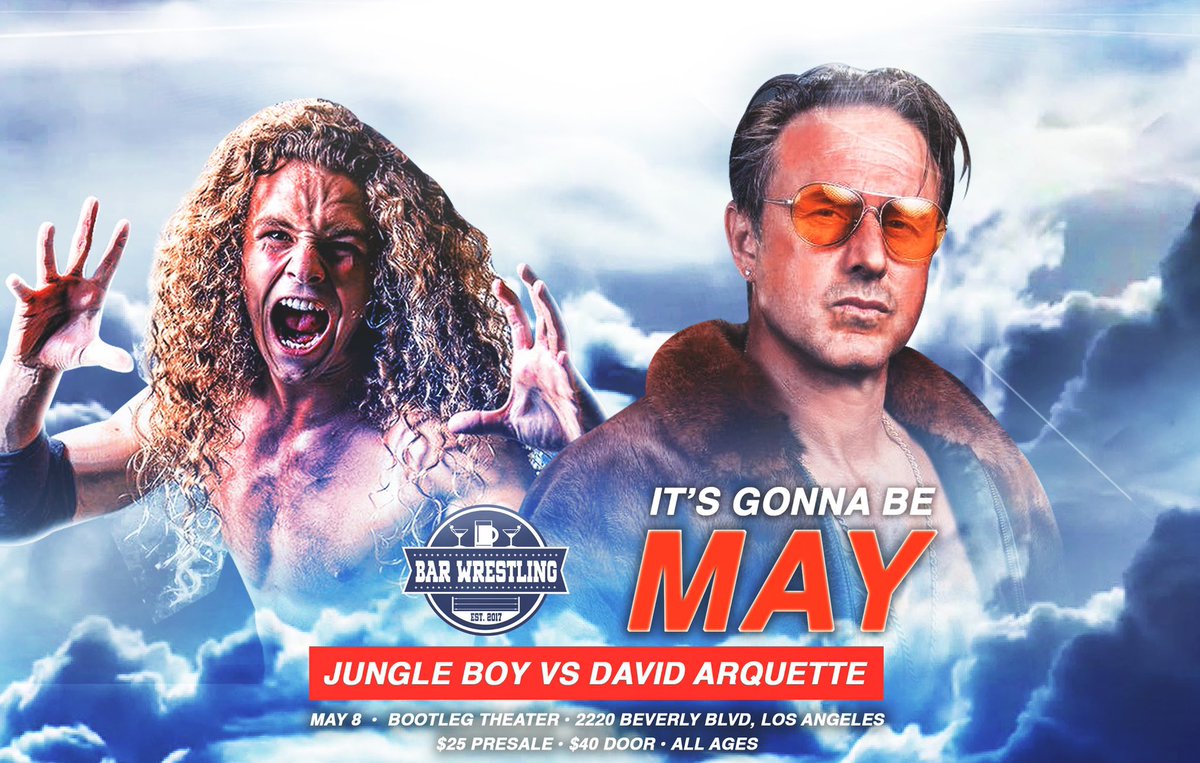 Joey Ryan's Bar Wrestling promotion has announced Jungle Boy (Jack Perry) vs. former WCW World Champion David Arquette for their "It's Gonna Be May" event on Wednesday, May 8 in Los Angeles.

There is a unique story behind this match as Jungle Boy is the son of the late actor Luke Perry, who unexpectedly passed away at the age of 52 on March 4. Perry had encouraged his son to further his pro wrestling career and could be seen at some of his indie events. Arquette and his sister, actress Patricia Arquette, were friends with Perry for more than 30 years. Luke was the one by Arquette's side after his bloody deathmatch with Nick Gage that went wrong back in November.

"I'm thinking, 'I just got cut in my neck, and if that's my jugular, I'm going to die.' Pretty quickly after that I exited the ring and had someone look at it. Luke is a dear friend of mine, and his son, who is a fantastic wrestler named Jungle Boy, was wrestling on the same show. We've been friends for over 30 years, so Luke is the one I went to see to look inside the wound. He looked and said no, so I knew I didn't cut a main artery or vein. I could feel something was wrong with my neck, but I wanted to finish the match and tell a complete story," Arquette told Sports Illustrated last year after the bloody incident.

Arquette continues to take regular bookings on the indie scene following his comeback in 2018. Jungle Boy is making a name for himself on the indies and recently signed with AEW.