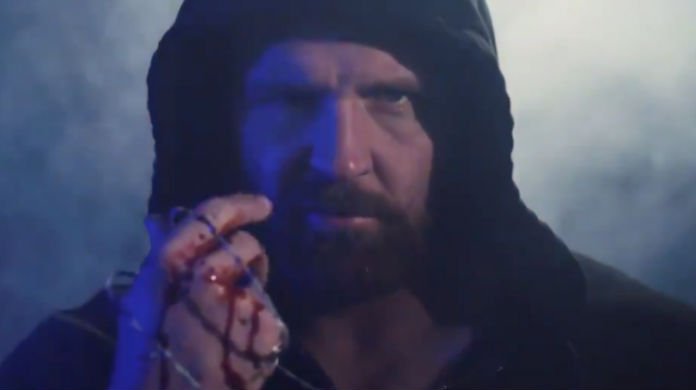 As noted, former WWE Superstar Dean Ambrose broke the internet just after midnight after tweeting his first post-WWE promo under his former ring name, Jon Moxley. You can see the promo below.

The video was uploaded just minutes after midnight on May 1. Ambrose's WWE contract expired on April 30, making him a free agent. Moxley continues to trend on social media, more than two hours after the video was released.

There's obvious speculation on this promo being for Moxley joining another wrestling company, especially due to the high production values and other hints in the video.

There are hash marks shown in the video as Moxley is breaking out of prison. The portion that is lit adds up to 25, which could be a teaser for Double Or Nothing. Double Or Nothing takes place on Saturday, May 25 from Las Vegas.

Some people have speculated that Moxley is initially in an asylum at the start of the video, and it's Jon Moxley escaping from the Ambrose Asylum.

There are dice shown in the video and that has been the main symbol in promotional material for Starrcast in Las Vegas, which also takes place on May 25 (the event runs from May 23 - 26). The numbers on the dice shown are 2 and 5.

It's believed that Moxley would be able to appear at Double Or Nothing as he is not under a non-compete clause from WWE because those usually apply to releases. His contract expired.

Fans on social media have also pointed to how Ambrose is being chased by a "big dog" after breaking out of prison. Could this be a reference to Roman Reigns?

Ambrose is apparently shown walking through West Hollywood, California in the video as the logo for a famous bar called The Viper Room can be seen.

In another note on the speculation, AEW Executive Vice President Cody Rhodes has "liked" the Moxley promo on Twitter.

The account that the promo was tweeted from, @JonMoxley, is the @DeanAmbrose account that Ambrose had been using, but he changed the handle, which is why the official WWE Twitter account is currently following it. It will be interesting to see if they are still following him tomorrow. The account was created in March 2012, but this is the first tweet from the account in many years.

Below is the full promo along with a few related tweets on the AEW speculation: