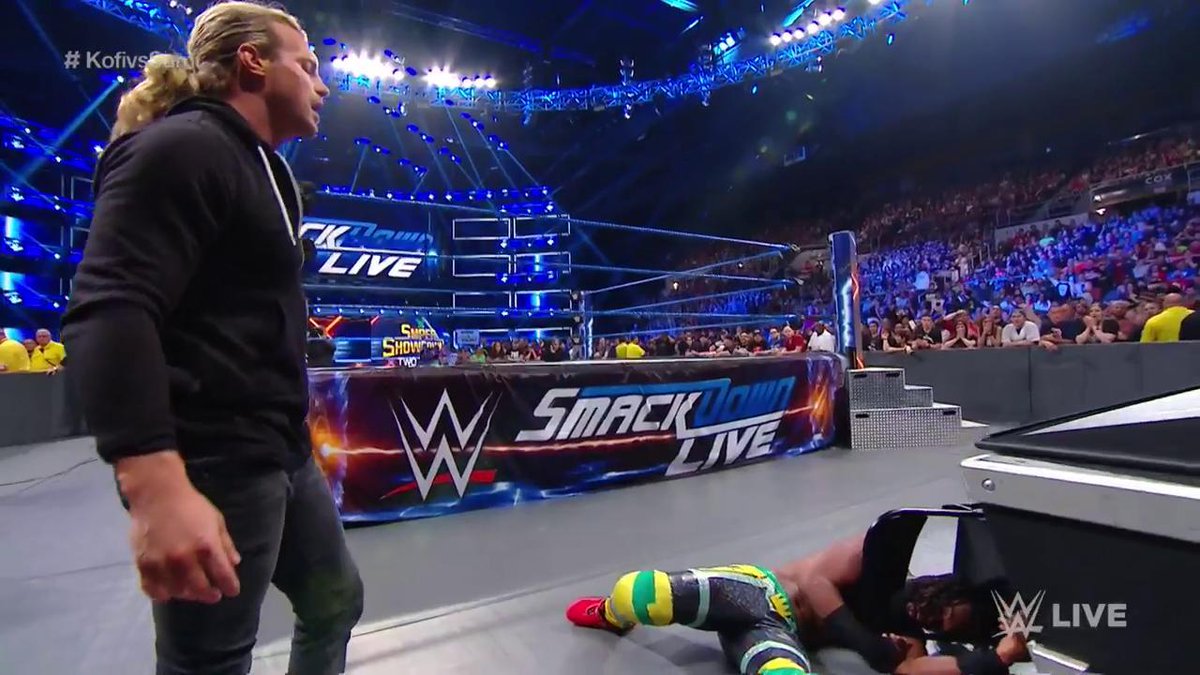 Dolph Ziggler made his WWE return on tonight's SmackDown from Providence, Rhode Island.

Ziggler took out WWE Champion Kofi Kingston and destroyed him at ringside after Kofi's non-title win over Sami Zayn. Kofi had been distracted by Paul Heyman, who came out to the stage to taunt Kofi with Brock Lesnar's Money In the Bank contract. Lesnar was not there.

Kofi ended up leaving the ringside area on a stretcher but he got off on the ramp and walked to the backstage area on his own.

Ziggler has been on a hiatus from WWE and has worked just one TV match this year - the 30-man Royal Rumble match back in late January. He did work a handful of live events in January, but his last TV singles match came during the New Year's Eve RAW, the Steel Cage match loss to Drew McIntyre.

Below are a few shots from tonight's return on SmackDown: