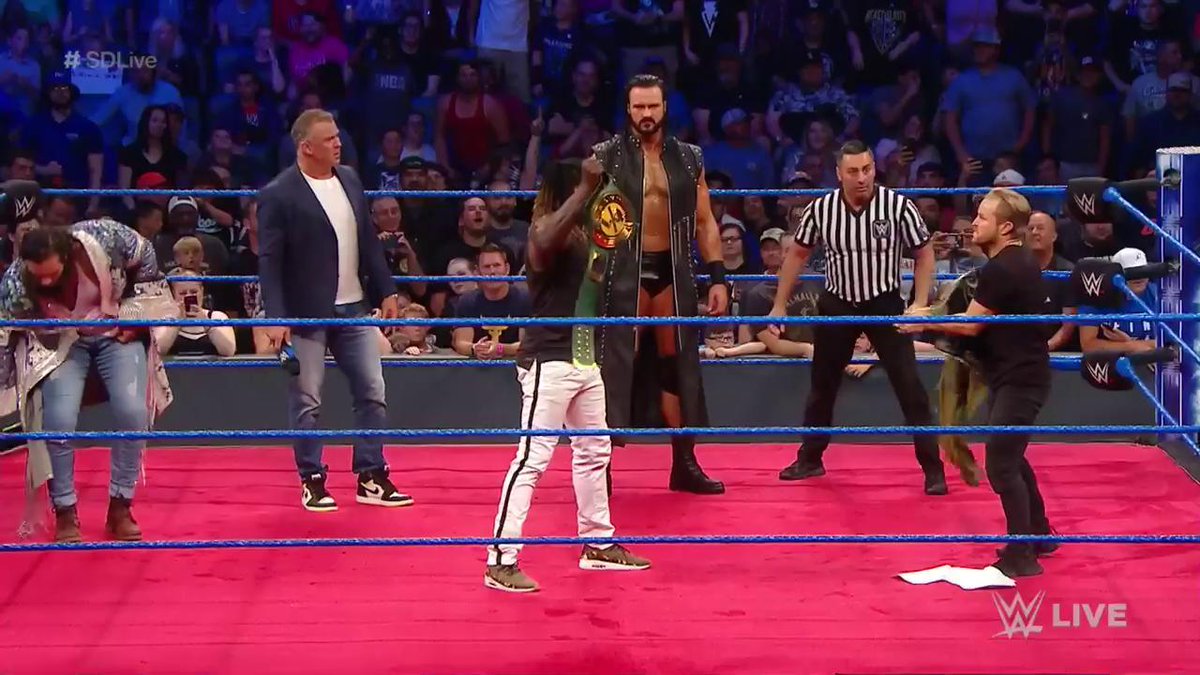 Elias defeated R-Truth to become the new WWE 24/7 Champion on tonight's SmackDown episode from the BOK Center in Tulsa, Oklahoma.

Elias, after an assist from Shane McMahon and Drew McIntyre, pinned Truth right after his first 24/7 Title defense, over Drake Maverick.

This is Elias' first time holding the 24/7 Title. Truth won the title last Monday on the May 20 RAW episode, becoming the third person to win the title after it was introduced, behind Titus O'Neil and Robert Roode.

Below are a few shots from tonight's title change: