More On Jon Moxley Joining All Elite Wrestling, When Is His In-Ring Debut? 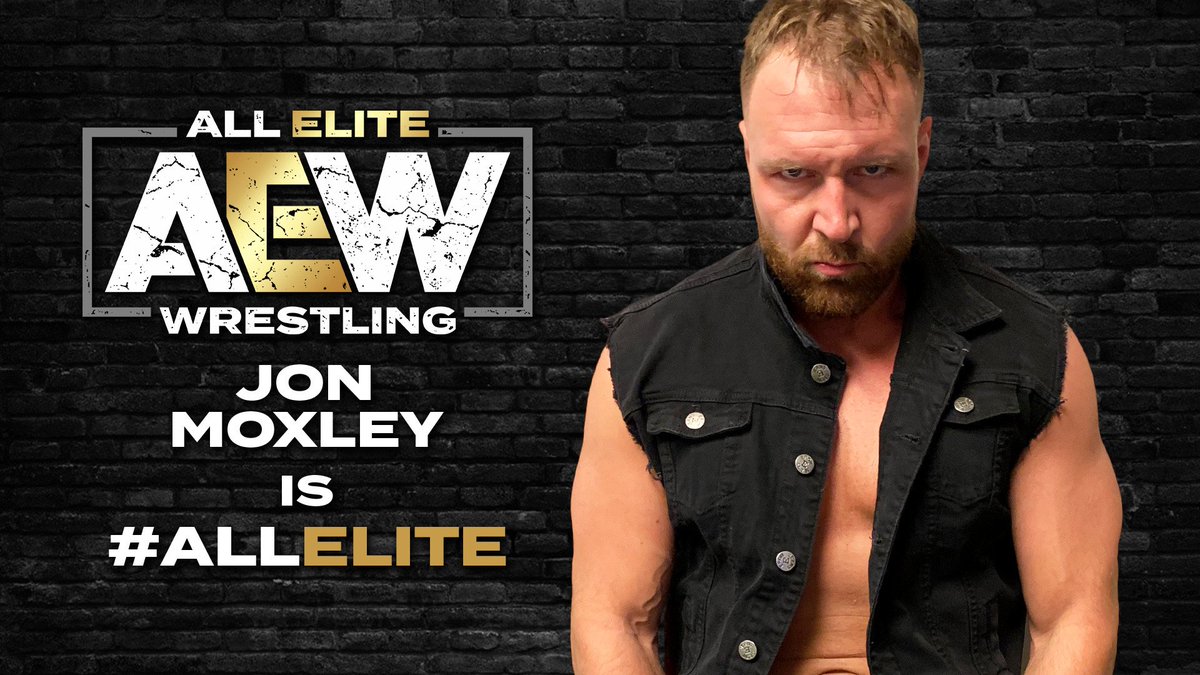 Jon Moxley (fka WWE's Dean Ambrose) showed up at the close of AEW Double or Nothing where he took out both Chris Jericho and Kenny Omega after their main event match. Jericho defeated Omega and will face Adam Page at a later date for the AEW World Championship.

AEW President Tony Khan confirmed that Moxley has a signed a multi-year deal with the company.

"He is a multi-year contract, he will be on a full-time deal," Khan confirmed. "When we go weekly, he's going to be full-time. Same as some of the guys, especially when the schedule is light, I'm open to him working some international and indie dates. He is full-time with us, domestically, essentially he's our guy. Yeah, he's going to do some international and indie stuff, but he's definitely an AEW full-time wrestler.

Khan also said once he was clear of his WWE contract, Moxley came to him to talk.

Sports Illustrated's Justin Barrasso also noted AEW confirmed Moxley's in-ring debut will take place on June 29 at Fyter Fest in Daytona Beach, Florida. An opponent has yet to be named.

Last month, Ambrose finished up with WWE after working for the company since 2011.

.@TonyKhan confirms that @JonMoxley is signed to a multi-year contract with #AEW and will be a regular part of the AEW TV show. He also says that Moxley will be allowed to do some international indie dates.@WIncRebel @AEWrestling #AEWDON pic.twitter.com/WSEhX21Mxx

.@TonyKhan confirms that @JonMoxley and #AEW started talking as soon as he was officially free and clear of WWE. pic.twitter.com/0LK9mpoFGq

AEW confirms that Jon Moxley -- formerly known as WWE's Dean Ambrose -- has signed a multi-year deal and will made his in-ring debut on June 29 at Fyter Fest in Daytona Beach, Florida. #DoubleOrNothing pic.twitter.com/U5gMUpoxKH