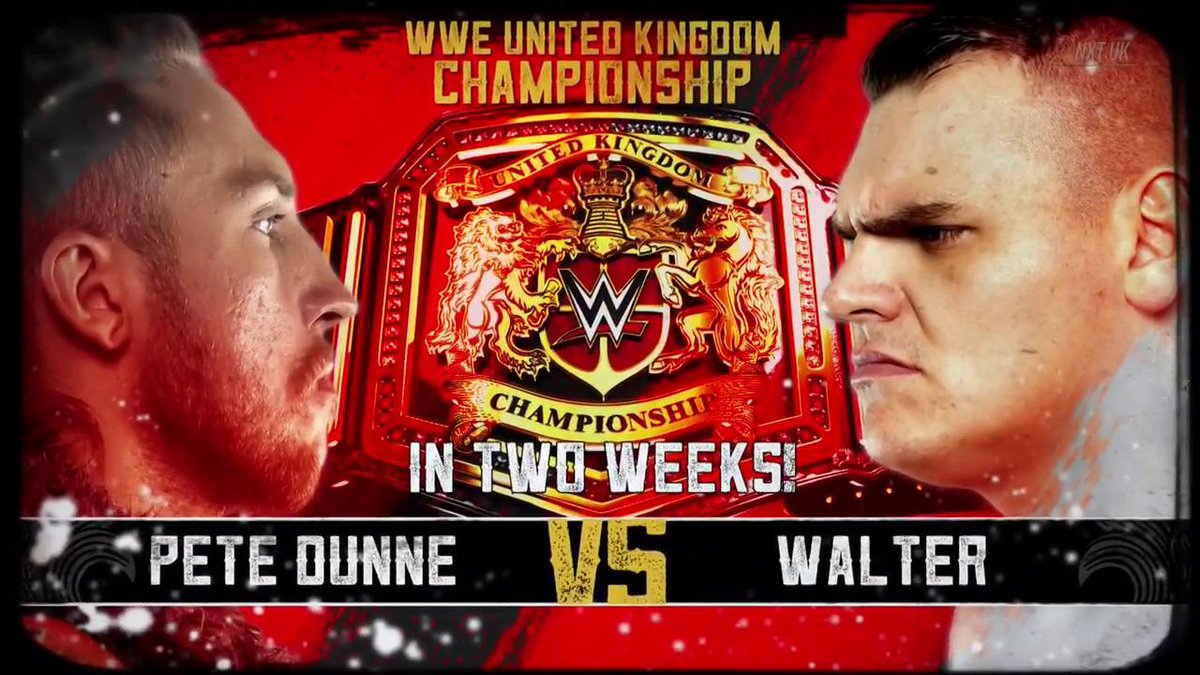 It was announced on today's WWE NXT UK episode that there will be a Fatal 4 Way in four weeks and the winner of that match will become the new #1 contender to WWE UK Champion WALTER for a future title match.

Wolfgang vs. Dave Mastiff and Ligero vs. Jordan Devlin will air next Wednesday as qualifying matches. Travis Banks vs. Joseph Conners will also air at a later date to determine the final spot.

WALTER will defend his title before the winner of the Fatal 4 Way is determined. His match with former champion Pete Dunne will air on the WWE Network in two weeks. That is the rematch from WALTER's big win at NXT "Takeover: New York" during WrestleMania 35 weekend.

There's no word yet on when the Fatal 4 Way winner will get their title shot from WALTER, but WWE would have time to do it at the NXT "Takeover: XXV" event on Saturday, June 8 from Bridgeport, CT. We will keep you updated.

Below is a graphic for Dunne vs. WALTER, along with shots from Coffey vs. Webster:

In 4?? WEEKS, there will be a #Fatal4Way to determine the No. 1 Contender for the #NXTUK Championship! Qualifying matches for the #Fatal4Way match kick off TODAY! pic.twitter.com/OefFs0fpm1

This is HIS Kingdom! ??@Joe_Coffey is taking in ALL the hometown love as he takes it to @Flash_Morgan! #NXTUK pic.twitter.com/T8hgvHVh30

??HEY YEAH!??@Joe_Coffey is the first Superstar to advance to the #Fatal4Way match to determine the No. 1 Contender for the #UKTitle... and that's pretty #GALLUS! #NXTUK pic.twitter.com/vGajnGukOz