The second WWE NXT UK Takeover special is almost sold out. According to Ticketmaster UK, there are only two seats left for the NXT UK "Takeover: Cardiff" special set for Saturday, August 31 from the Motorpoint Arena in Cardiff, Wales.

In other WWE ticket news, we recently noted how there were plenty of tickets left for Sunday's WWE Stomping Grounds pay-per-view from the Tacoma Dome in Tacoma, Washington. Besides WWE offering 2-for-1 ticket deals for the first-ever Stomping Grounds event, they have also closed off all hard-camera sections in an apparent attempt to fill the TV sides. You can see a screenshot of the seating chart below.

On a related note, WWE officials are obviously aware of the low ticket sales for Sunday's pay-per-view and word is that there have been talks on possibly shaking up the card, according to @Wrestlevotes. There's no word yet on what those changes to the card might be, but we could see some changes made during tonight's go-home edition of RAW from Los Angeles. 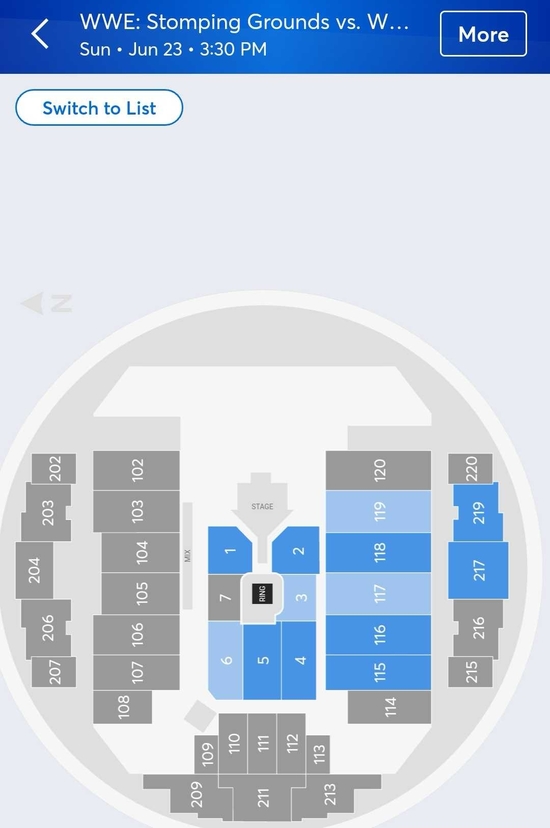