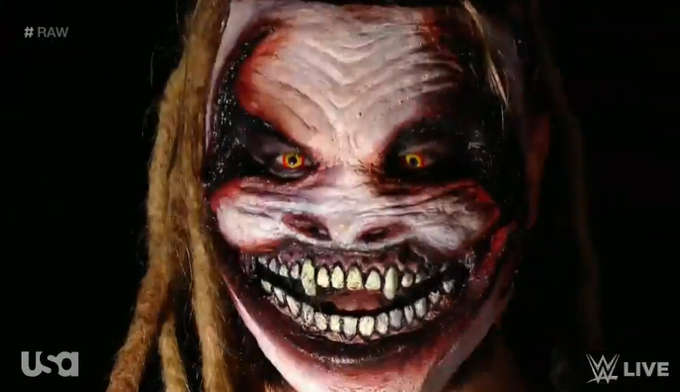 Bray Wyatt has finally returned to RAW after months of WWE airing his "Firefly Funhouse" segments on WWE TV.

Wyatt made his return to RAW on tonight's show from Long Island following Samoa Joe's win over Finn Balor. After the match, Joe attacked Balor but Balor fought him off and stood tall. That's when the lights went out and music started playing in the arena. Wyatt appeared, wearing "The Fiend" mask that he debuted a few months back, and dropped Balor with Sister Abigail in the middle of the ring.

The segment ended with Wyatt laughing across the arena as RAW went to commercial.

Below are a few shots from tonight's return on RAW:

THE FIEND HAS ARRIVED.@WWEBrayWyatt just started his mission to TERRORIZE WWE. #RAW pic.twitter.com/h8jMOJXLHj