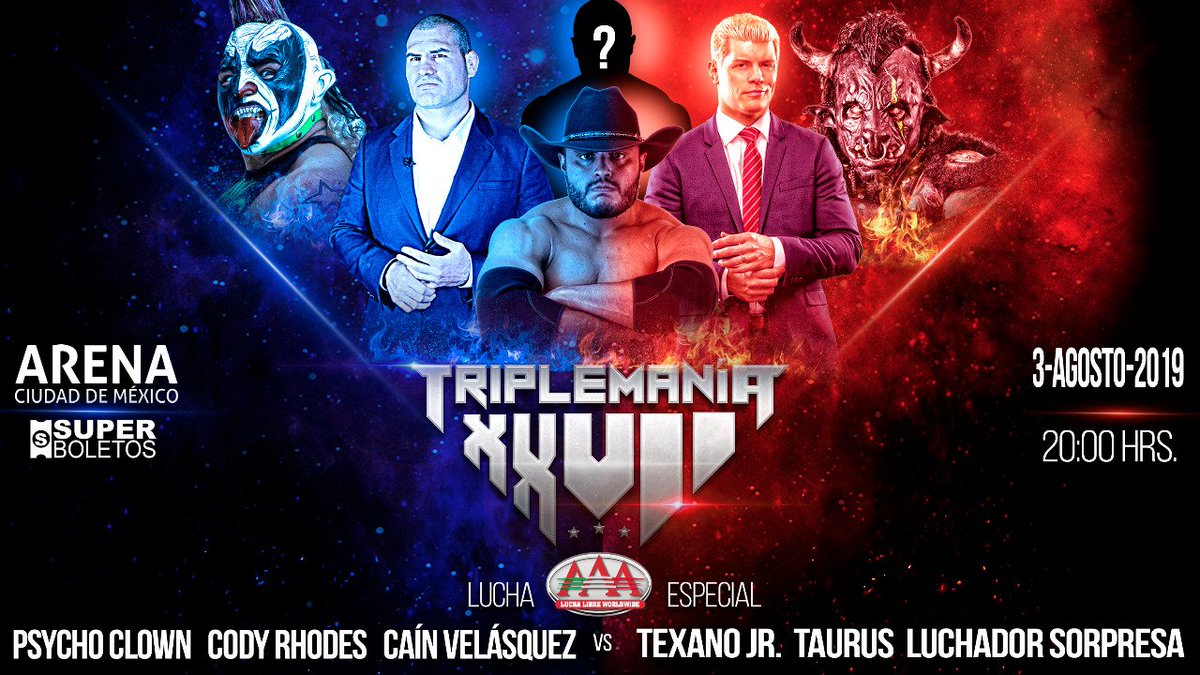 Cain is set to team with AEW Executive Vice President Cody Rhodes and Psycho Clown for six-man action against Texano Jr., Taurus and a mystery partner.

TripleMania will also feature a rematch from AEW Fyter Fest as The Young Bucks and Kenny Omega take on AAA Tag Team Champions The Lucha Bros and The Laredo Kid.

Blue Demon vs. Rey Wagner in a Mask vs. Hair match was previously announced for the event.

AEW and AAA tweeted the following on the big matches at TripleMania: