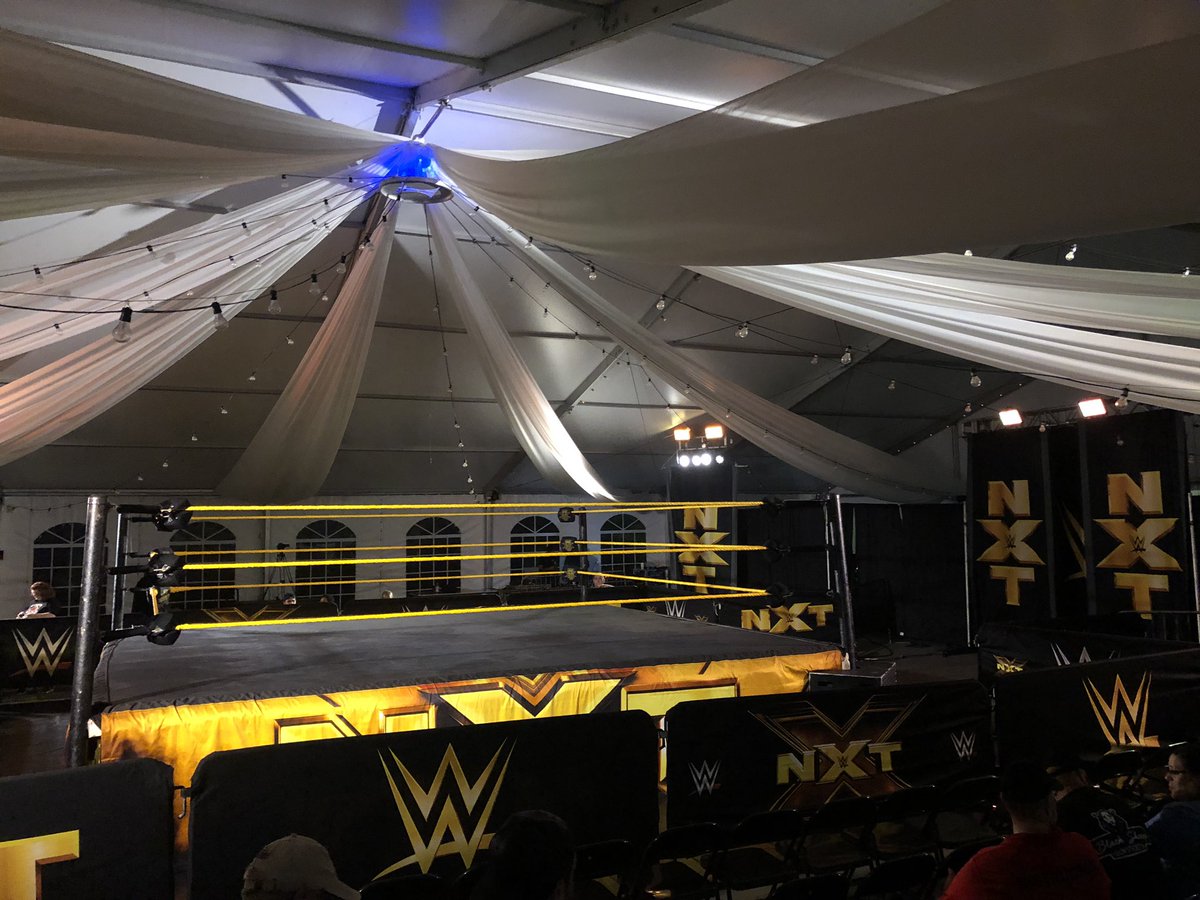 Thanks to Tara's Friend Henry for the following WWE NXT live event results from Thursday's show in Ocala, Florida:

* Santana Garrett and Jessi Kamea defeated Reina Gonzalez and Samantha De Martin. De Martin is Indi Hartwell, who was just announced as being signed this week. Kamea abandoned her partner but Santana came back for the hometown pop and got the win

* WWE Hall of Famer Dory Funk Jr. came out for an in-ring promo but was interrupted by Wesley Blake and Jaxson Ryker of The Forgotten Sons. Funk took a shot at them until Matt Riddle and Keith Lee made the save

* Matt Riddle and Keith Lee defeated The Forgotten Sons. Funk celebrated with Lee and Riddle after the match

* Breezango and Babatunde defeated Brendan Vink and The Outliers