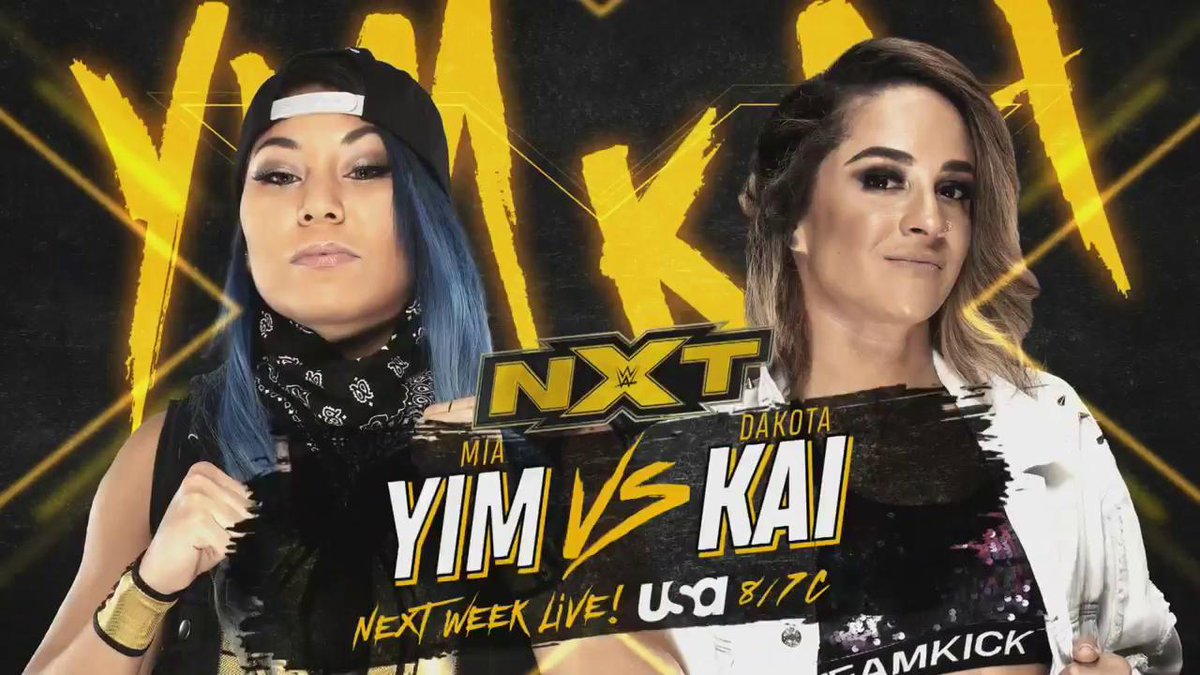 Angel Garza vs. WWE NXT Cruiserweight Champion Lio Rush has been announced for next Wednesday's NXT TV episode on the USA Network. The title will be on the line.

Dakota Kai vs. Mia Yim has also been announced for next week, the December 11 episode.

As noted, Rhea Ripley vs. NXT Women's Champion Shayna Baszler with the title on the line has been announced for the December 18 NXT episode.

.@itsLioRush puts the NXT Cruiserweight Title on the line against @AngelGarzaWwe NEXT WEEK on #WWENXT. pic.twitter.com/pCwPtta7Xw

In two weeks, @QoSBaszler and @RheaRipley_WWE will COLLIDE for the NXT Women's Title on #WWENXT! pic.twitter.com/hC8Gwgof93