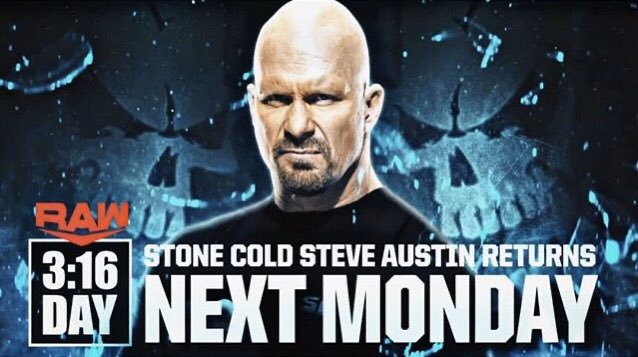 As speculated earlier, Monday's special "3:16 Day" edition of WWE RAW on the USA Network will air live from the WWE Performance Center in Orlando, Florida, due to the coronavirus pandemic.

RAW had been scheduled for the PPG Paints Arena in Pittsburgh, Pennsylvania, but it was expected that the show would be moved because of the COVID-19 outbreak. PWInsider now reports that the decision has been officially made, and RAW is being moved to the Performance Center for this coming Monday.

The decision to move Monday's RAW came after WWE made a similar move for tonight's SmackDown on FOX. SmackDown had been scheduled for the Little Caesar's Arena in Detroit, Michigan but it was moved to the Performance Center due to the coronavirus. SmackDown is airing with no regular crowd in place as "only essential personnel" will be in attendance. It's likely that the same will go for Monday's RAW, but that has not been confirmed as of this writing.

As the coronavirus pandemic continues across the United States, it's possible that we see the Performance Center, and possibly WWE's TV studios, become the new temporary home for WWE NXT, RAW and SmackDown.

It should be noted that the arena website and the WWE website still have RAW scheduled for Pittsburgh on Monday, but an official update and change is expected shortly. Ticketmaster is also still selling tickets for RAW in Pittsburgh as of this writing.