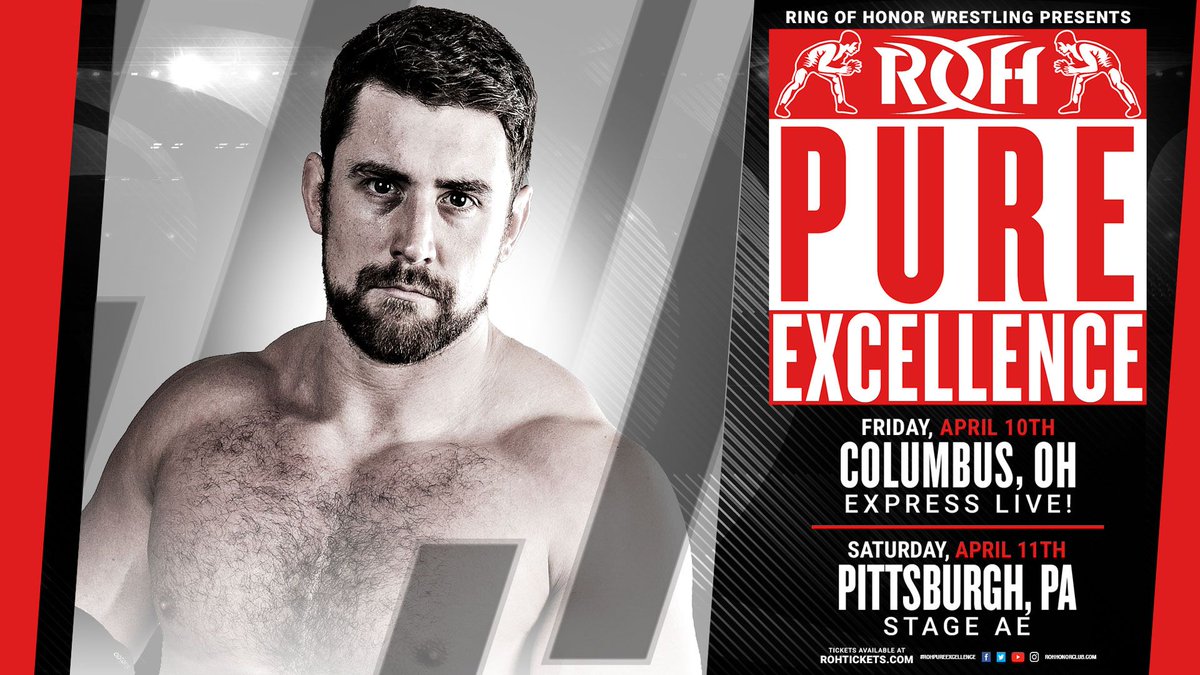 ROH has announced Joe Hendry for the upcoming 16-man tournament to crown a new ROH Pure Champion. Below is the updated line-up for that tournament:

ROH has also announced a new participant for the 16-woman tournament to crown the inaugural ROH Women's World Champion - Ashley Vox. The updated line-up for the women's tournament looks like this:

As we've noted, ROH is bringing the Pure Title back and the new champion will be crowned with the tournament that kicks off at ROH Pure Excellence night one in Columbus, OH on Friday, April 10. Night two will take place on Saturday, April 11 in Pittsburgh, PA, and the quarterfinals will be held at ROH Battlestarr 2020 in New York City on Thursday, April 23. There's no word yet on when the semifinals and the finals will take place.

ROH previously retired the Pure Title back in 2006 after first introducing it in 2004. Pure Rules matches are bouts where closed-fist punches are illegal, and each competitor is allowed three rope breaks to stop submission holds and pinfalls during the match, and after that, pinfalls and submissions on or under the ropes would be legal.

The women's tournament will begin with eight first-round matches on Friday, April 24 in Philadelphia, PA at the ROH Quest For Gold event.

Stay tuned for updates on both tournaments.

Tournament to crown ROH Pure Champion begins at #PureExcellence in Columbus, OH on April 10 and Pittsburgh, PA on April 11.

Join us in person or streaming for HonorClub!