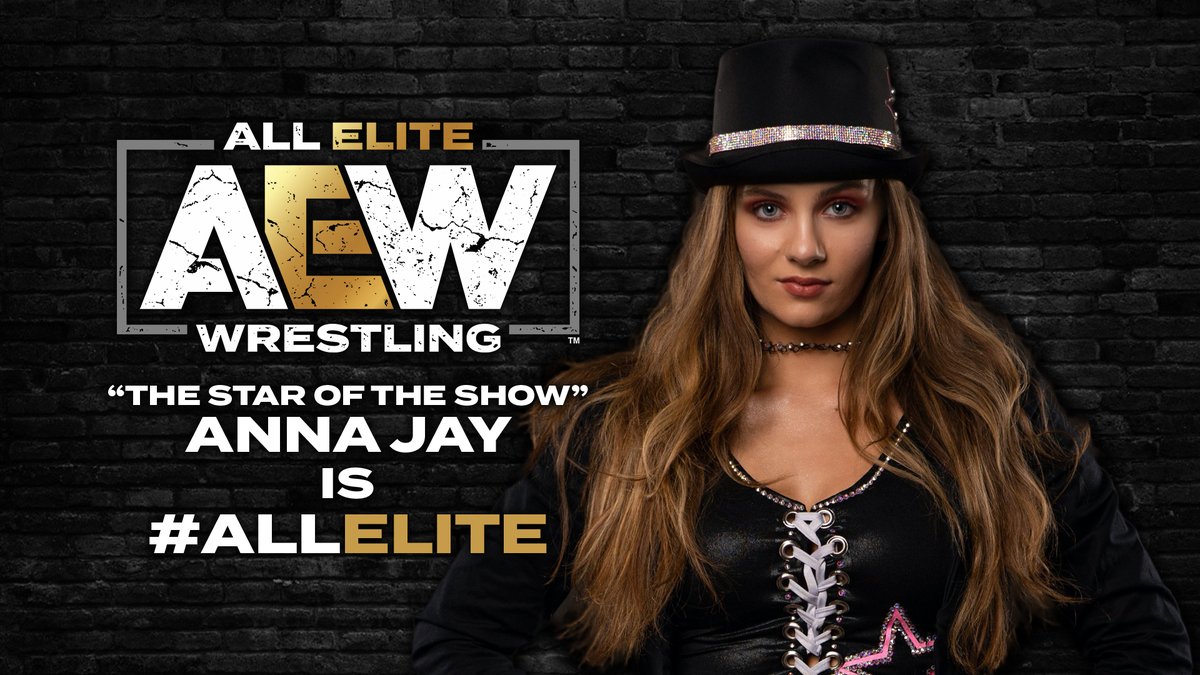 All Elite Wrestling officially announced the signing of Anna Jay. "The Star of the Show" made her AEW Dynamite debut last week in a match against Hikaru Shida.

Jay made her debut last September in Georgia Premier Wrestling hosted by her coach, the former Glacier, Ray Lloyd. She has also been trained by QT Marshall, whose gym was the site of last week's Dynamite episode.

Shida, who defeated Jay on Dynamite, reacted on Twitter with a smiling sunglasses and fire emoji signaling her pleasure at Jay's signing with AEW.

Cody Rhodes reacted to the signing as well with a quote saying, "hard times breed better men and women." As AEW is going through a schedule change, Rhodes praised Jay for her performance in her match against Shida and congratulated her on signing with AEW.

Rhodes added in his tweet, "Anna Jay showed up and stepped up. Hung in there with an absolute killer like Shida! Congratulations."

Jay commenting on her signing on Instagram writing, "it's showtime."

Welcome to the team
Anna Jay (@annajay___) is #AllElite pic.twitter.com/YCgZ0dN4Bz

Anna Jay showed up and stepped up. Hung in there with an absolute killer like Shida! Congratulations. https://t.co/DnqMS9ls73

Ken Scanlon contributed to this article.

Previous Article
Tyson Fury On His Planned WrestleMania 36 Appearance, When He Wants To Wrestle Drew McIntyre
Next Article
WWE Teases Couple Splitting Up