Drake Maverick Talks Having A Chance To Keep His WWE Job 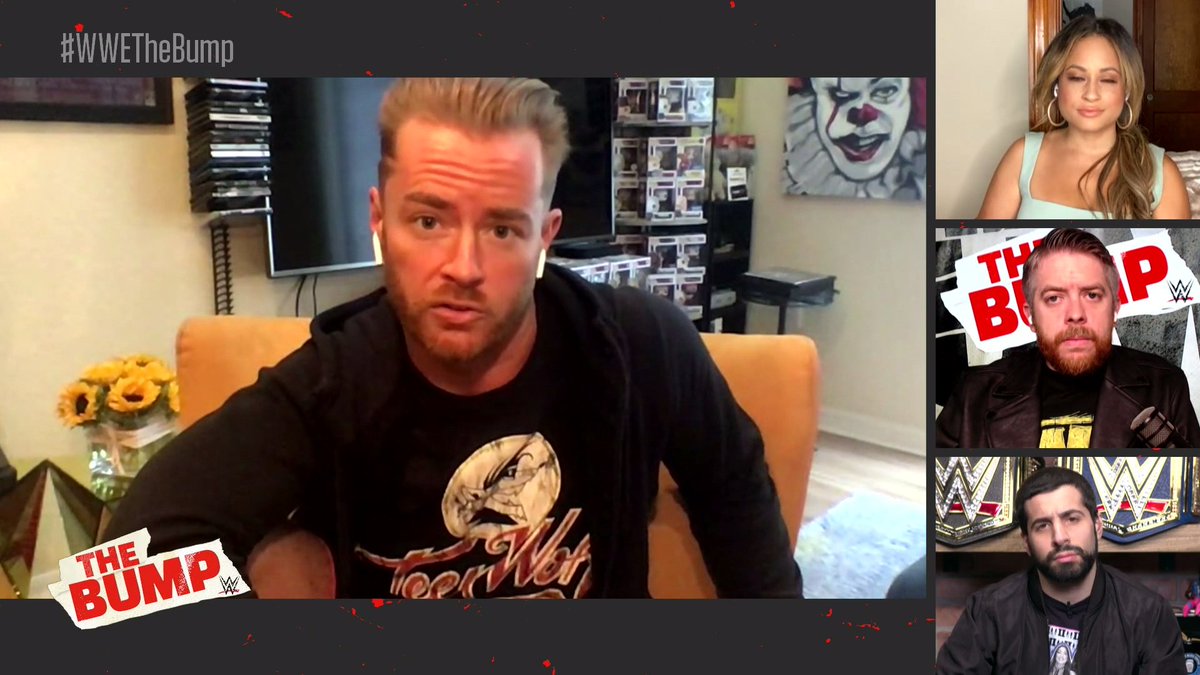 This past week has been hard for many WWE Superstars and backstage personnel, after it was announced that multiple people were going to be let go of their positions within the company.

One of the first names that was announced was former 205 Live General Manager, Drake Maverick. After his name was announced, Maverick took to social media and posted a heartfelt reply about his release. Though the video was hard to watch for some, Maverick made a point to thank the WWE higher up's and the WWE Universe for such an amazing journey with the company.

On this week's episode of WWE's The Bump, Maverick sat down for the first time since his released to discuss how he's been doing. There was so much Maverick wanted to get off of his chest, but the biggest takeaway from it was how determined he is to win the NXT Cruiserweight Tournament and Championship, so he can keep his job.

"I think everybody misconstrued my message somewhat a lot of the times," Maverick informed."You know, away from the WWE, we all have our own lives and our own problems and situations, but, I have a chance. Nobody else was as fortunate as me. I don't think anybody in the history of the WWE has had a chance like this on their way out to potentially save their job, and I have that chance. I'm more fortunate than anybody in the world.

"I'm more fortunate in regards to other people outside of the WWE that are going through hard times and bad situations, [espeically] with what's going on in the current climate. It's horrible. You don't take it seriously until it just slaps you in the face. Last Wednesday, it slapped me right in the face. My deepest sympathies go out to everybody who's been affected by what's going on in the world. But, I've got to think about me now; I have a chance. If I'm going out, I'm going out swinging. All I ever wanted when I was here in the WWE was to compete in the ring and be the star that I know I am. I felt like there was always an obstacle to overcome. Whether it was knocking on Vince's door and six other people were knocking on his door first. Whether it was who I had to ask, what I had to do, how to get in the ring before shows, [I did all of this] just so people would look at me and go, 'That guy has got something.'

"I've had the NXT crew following me around the last two weeks. You know, you don't let the world know these things because when it drops, that's when you'll see it. They were following me for two weeks up until that point, documenting my return to the ring. I'm sure it'll be on WWE's YouTube channel, and will be the biggest turn of events since Drew McIntyre was supposed to wrestle for the WWE Championship in front of 90,000 people. Something will come along and will switch the course of destiny. They're still letting me compete in the tournament; this is the story now. It's my life. This is more than anything. What's more likable now, than somebody fighting for their jobs? What's going through my mind now is just, again, I'm very fortunate and very blessed, but I'm going to show them. I'm going to stick it to them. I'm going to tell the person that made this decision that they're wrong, and I'm going to do it the professional way. I'm going to do it the right way. I'm not going to whine, I'm not going to complain. I'm going to go out there, and I'm going to go show them."

Maverick noted that his preparation for his physical training has changed quite a lot since quarantine.

"Everything has had to change," Maverick affirmed. "I don't know if you've noticed in the world, but the gymnasiums are closed. We're in lockdown, we're in quarantine. We're not allowed to be around anybody, except our immediate friends and family. It's been difficult. I've tried to keep my diet as it was. I've tried to keep the intake of water that I've been taken. I started running more so it can help me build up some wind. It's just, you know, with regards to weight training, we all know I'm not going to be as big as Braun. It's just a case of adapting. I look at it likes this, what do I have in front of me? How can I make this better than what it is? That's what I've always done.

"If anybody has followed my career, even here in the WWE, I don't get given anything, man. I've been given crumbs, but I make it a steak. I've always wondered what would've happened if someone gave me a steak. Think about what I could do with it. That's the situation that I'm in now. I have to make something out of nothing. I've got to make this work for me, I've got to make this happen. I've got to save my job. I've got to win the NXT Cruiserweight Championship to save my job. This is my story now. It's not about anyone in Group A. It's not about anyone in Group B. This is my story now because I took it. I'm going to win the NXT Cruiserweight Championship."

Tonight, Maverick will face Jake Atlas in the NXT Cruiserweight Championship. Maverick noted that his match with Atlas will be the toughest one yet in his career, especially since his job will be on the line.

"YouTube is a beautiful thing, because I've been able to research Jake on the WWE Network and the few appearances he's had," Maverick noted. "Once again, what have you done in the WWE? Ok, not so much. But, I've looked at you outside of the WWE, and I've studied you. I've studied you and everybody in my group. I'm very fortunate to have been around Tony Nese as much as I have. I came to know him like the back of my hand. Every time Tony Nese went out there, I'd sit there and watch. I would absorb him as an athlete; he's phenomenal. But Jake, I've researched.

"I actually reached out to him [Jake] and said to him, 'I'm really looking forward to meeting you, and I'm looking forward to seeing you opposite to me. But, please know that this is so much more for me than it is for you.' He respectfully replied. It's going to be an honor to step in the ring with him because he is such a good person; that goes a long way for me. Anyone that knows me outside of the ring knows I try to be a good human being. I think he understands my situation, but you've got to see his point of view that he's got to make an impression as well. The first impression will always be the thing that everybody remembers. So, he's got to fight and claw just as hard as me to get that first impression, and to show everyone that, 'Hey, Jake Atlas is here in NXT.'

You can view Drake Maverick's full interview above. If you use any of the quotes in this article, please credit WWE's The Bump with a h/t to Wrestling Inc. for the transcription.

Previous Article
Mike Chioda Issues First Comments Since WWE Release
Next Article
One Of Us: Allison Munn On Playing Big Show's Wife On 'The Big Show Show' And Becoming A WWE Fan