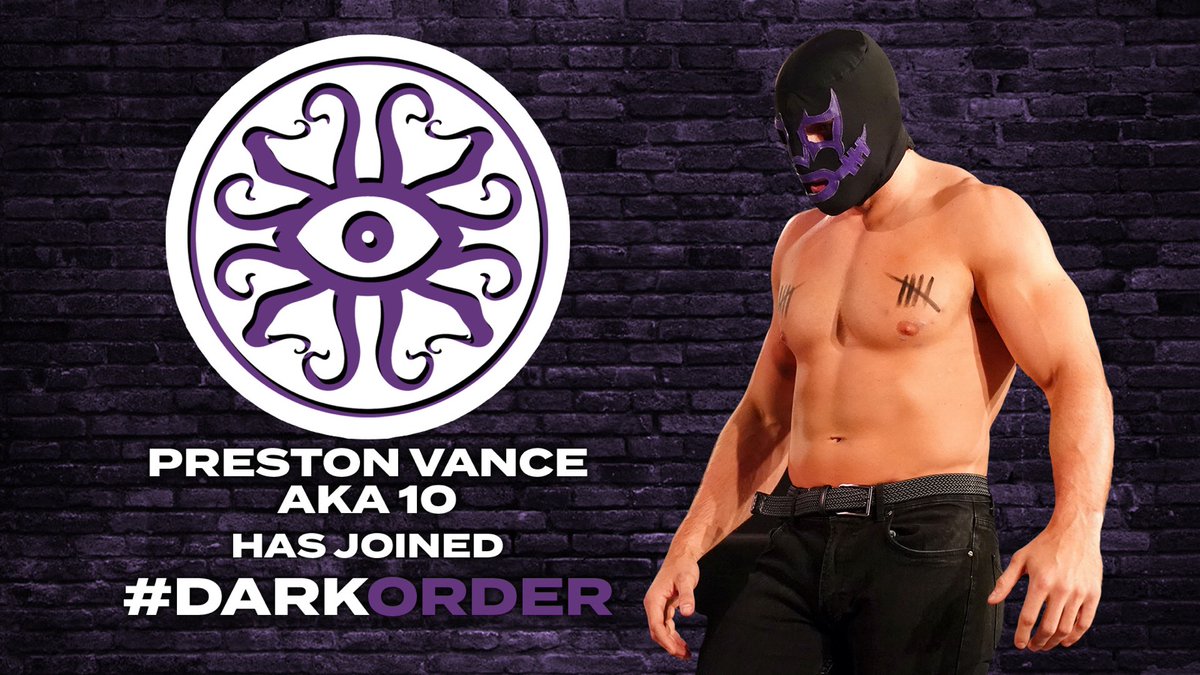 Preston Vance, known as Cody Vance on the independent scene, revealed on his FaceBook page he was the one Brodie Lee was speaking to on Wednesday's episode of Dynamite.

During the segment before Lee's match, a person in a darkened room can be seen reaching out to The Dark Order through their website after their life starts to spiral out of control. Lee is then seen thanking the individual for reaching out and indoctrinates them into the group.

Vance revealed the mystery figure in the vignette was him after making a post on FaceBook and changing his profile picture. The post said, "I've gone unnoticed for far too long. Thank you to everyone who has been there over the years. But more importantly thank you Mr. Brodie Lee. #AEW." The picture that went with the post and became his profile picture shows Vance wearing a creeper mask with the words, "Preston Vance AKA 10 has joined #DarkOrder," under the group's logo.

Vance previously appeared on AEW Dark, wrestling in a tag team match with Shawn Spears against Austin and Billy Gunn on the Jan. 1 episode and wrestling Darby Allin in a singles match on the March 25 episode. He lost both bouts, continuing the storyline of The Dark Order targeting wrestlers on a losing streak.

Vance began wrestling in 2015 and, in addition to AEW, has made appearances with Evolve, NXT and during IMPACT's One Night Only event with Pennsylvania Premiere Wrestling last year.

While the group struggled with being seen as credible when first arriving in AEW, the arrival of Lee has seen the groups standing in the company rise. Lee is undefeated since joining AEW, and is thought to be taking shots at Vince McMahon in his vignettes as "The Exalted One," while Evil Uno and Stu Grayson are ranked third in the tag team division and are undefeated in 2020.