Actor and comedian Paul Walter Hauser was a writer on The Edge & Christian Show that appeared on the WWE Network. Christian talked about Hauser's contributions to the show when he joined today's episode of The Wrestling Inc Daily podcast.

"He's a great guy and a passionate wrestling fan. It's cool too now that people aren't as scared to admit they're wrestling fans as they were years ago. They whispered it, 'Oh, I'm a wrestling fan but don't tell anyone.' Now it's a cool thing," said Christian.

Hauser has since gone onto roles in major motion pictures such as I, Tonya, BlacKkKlansman and Richard Jewell, as well as the upcoming Cruella. Despite Hauser writing for The Edge & Christian Show, Christian only met him for the first time on an episode of WWE Backstage last December.

"He was on Backstage not too long ago and cut an amazing promo," Christian said of Hauser. "That was the first time I met him in person as all of the other times have been over emails or phone calls. Seeing him, you never know as he's taking this job writing The Edge & Christian Show and he's about to go off and become this critically-acclaimed actor.

"So, it's really cool and it couldn't happen to a nicer guy. He really is a good dude and I'm happy for all of his success."

Hauser shared an unreleased "Edge & Christian Show" sketch that he wrote for a Sycho Sid biopic with Wrestling Inc., which you can check out below. The sketch featured Edge as Sid, Christian as Eric Bischoff along with Jim Ross' voice off-camera. The biopic was called "Own Two Feet: The Sycho Sid Story" and looks at Sid's issues with getting booked by Bischoff after he infamously broke his leg at the WCW Sin pay-per-view in 2011. 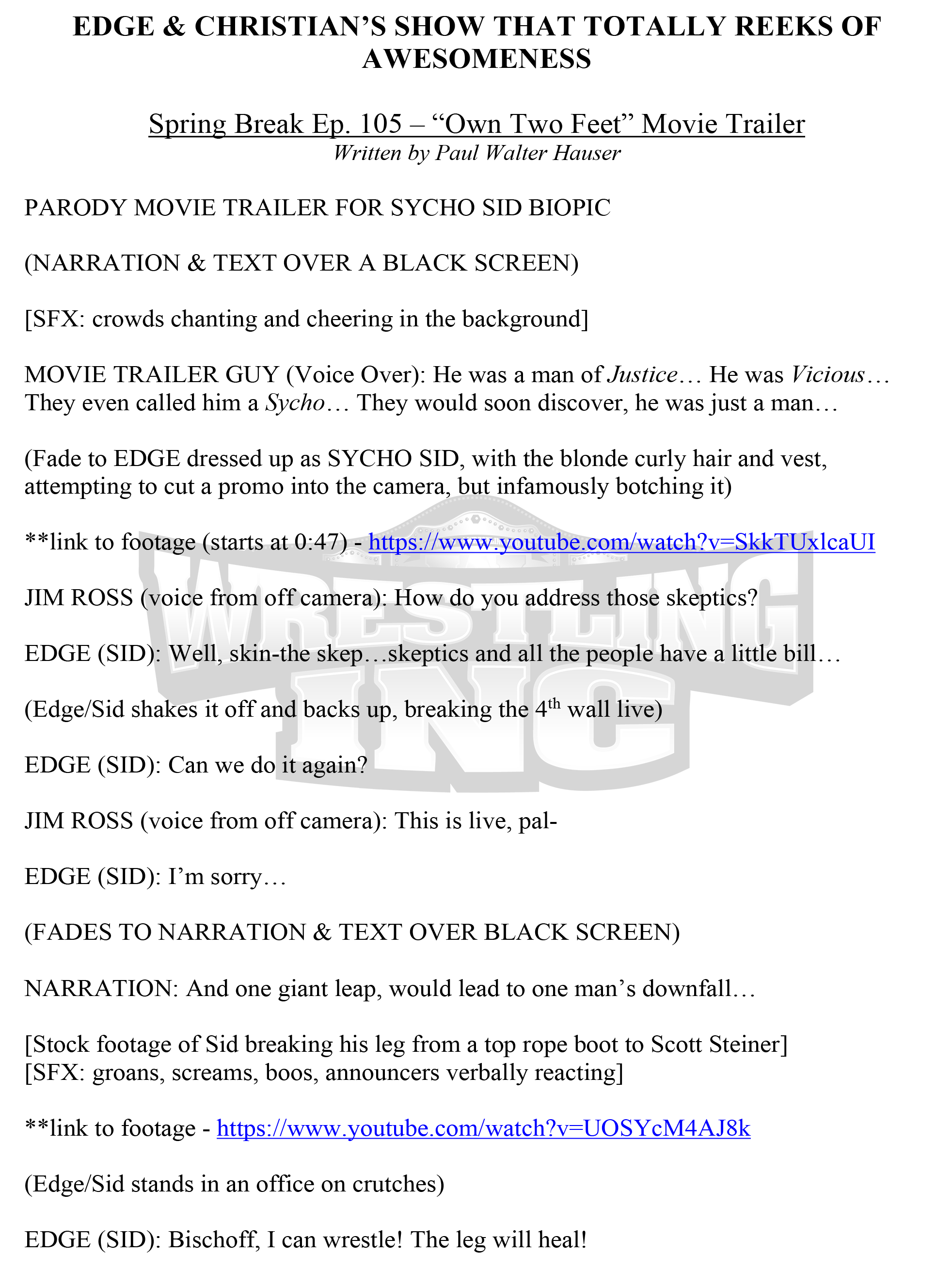 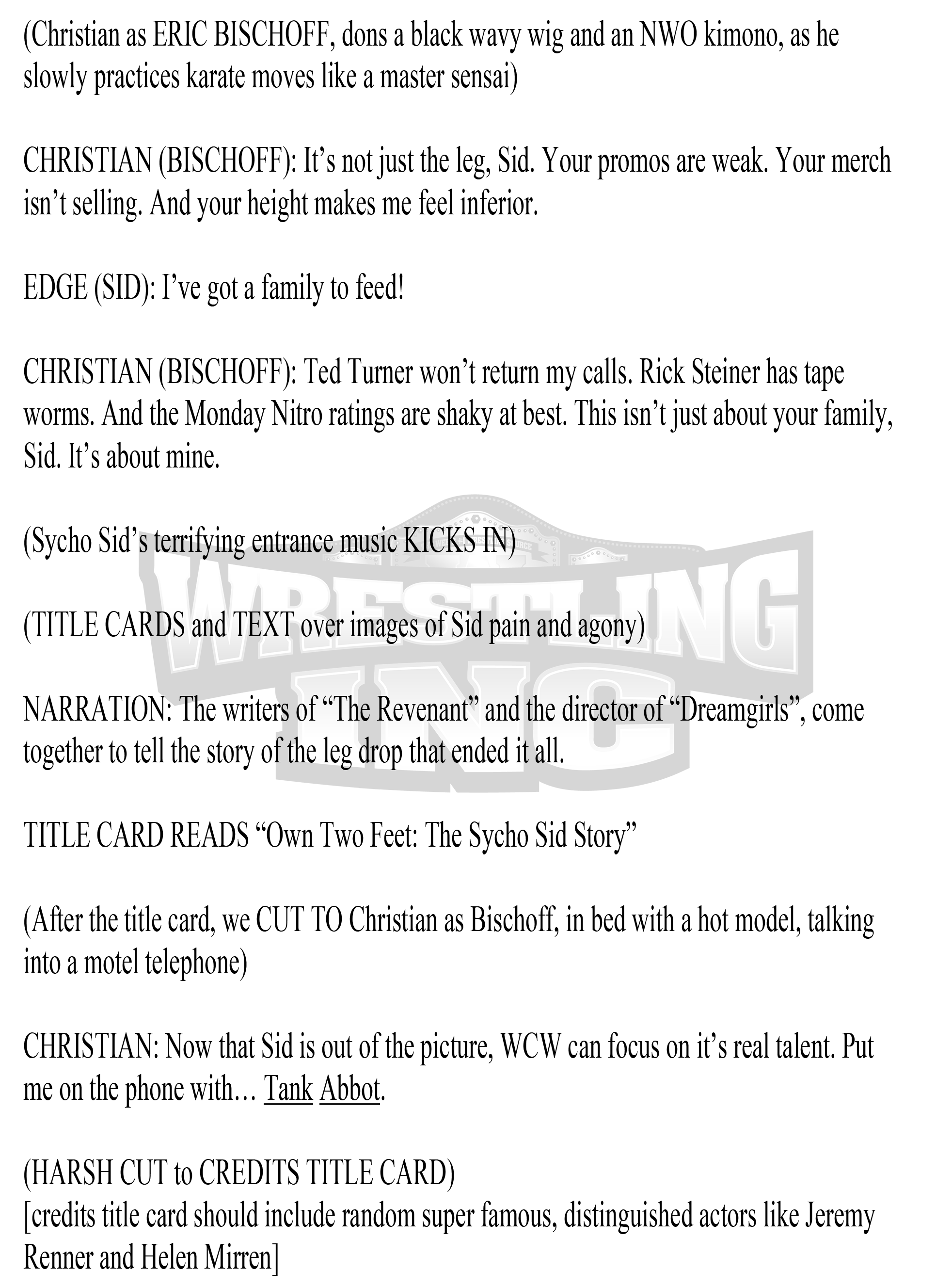