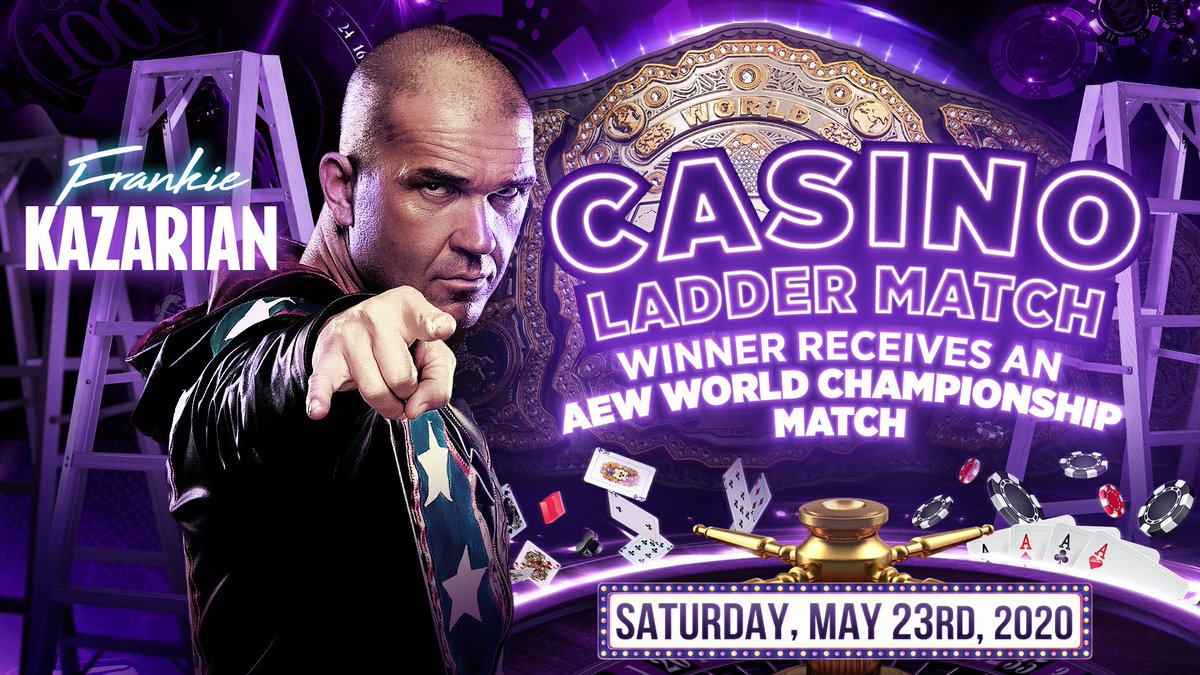 AEW announced SCU member, Frankie Kazarian, will be involved in next Saturday's Casino Ladder Match at Double or Nothing PPV. The event is scheduled to happen at Daily's Place in Jacksonville, Florida.

Darby Allin, Colt Cabana, Orange Cassidy, Fenix, Scorpio Sky, and Kip Sabian have already been announced for the bout. Two more names are expected to be revealed in the coming days.

The match will feature nine wrestlers and the rules are as follows: two entrants start the bout with another entering every 90 seconds, the winner is decided when one wrestler takes the casino chip, earning himself a future AEW World Championship Match. The chip can be grabbed at any time, so it's possible a winner could be decided before all nine entrants get involved in the match.

Below is the updated card:

THE BUY IN
Best Friends vs. Private Party
Winners are the number one contenders for AEW World Tag Team Championship.

Your seventh entrant in the Casino Ladder Match is @FrankieKazarian.
Is he your pick to take the win??
?
Order Double or Nothing on Sat, May 23rd on all major cable & satellite providers / @BRLive / @FITETV (International Fans Only) #AEWDoN pic.twitter.com/2Edig0XCoc