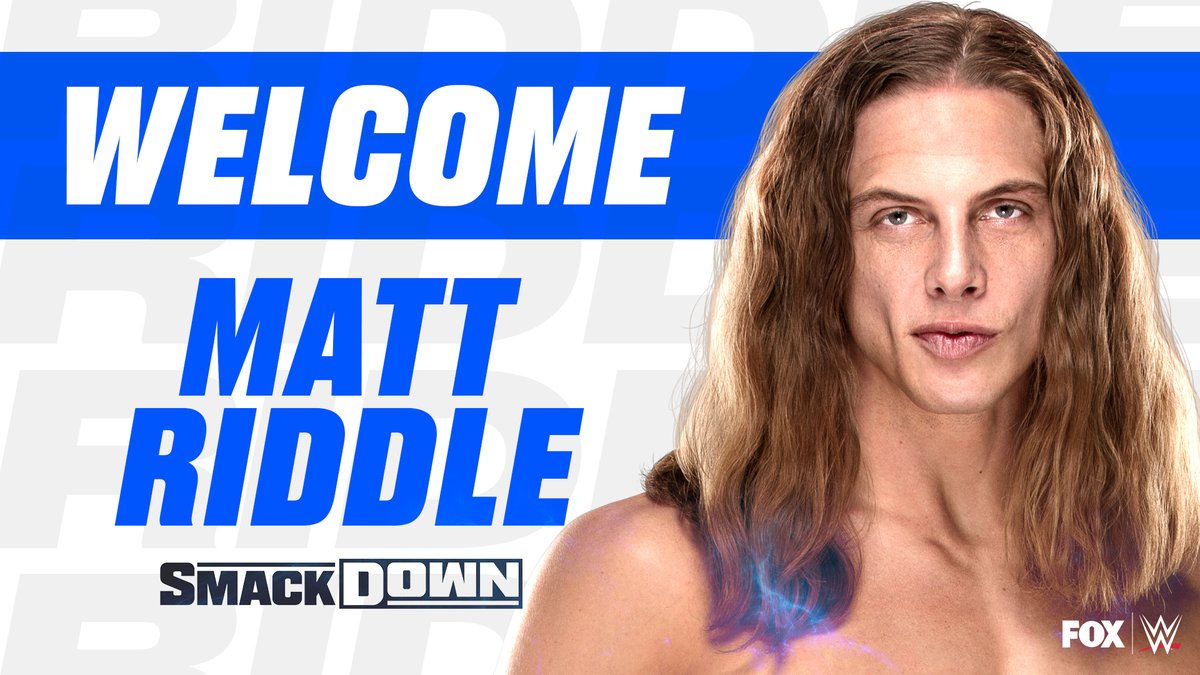 It's now official that Matt Riddle is joining the WWE SmackDown roster.

WWE Hall of Famer Kurt Angle appeared in a pre-recorded promo during tonight's SmackDown on FOX episode and introduced Riddle as the newest face of the blue brand. Angle then sent it to a vignette for Riddle, featuring new comments from the former WWE NXT Tag Team Champion. Riddle talked about how he's cool and laid back, but he can quickly turn it up a notch and knows how to fight.

Riddle lost this week's NXT main event to Timothy Thatcher, in the first-ever NXT Cage Fight. This was Riddle's blow-off to his run on the black & yellow brand. Angle was the special guest referee for the match.

Riddle signed with WWE in August 2018 after a run on the indies and a MMA career, which included a stint with UFC.

Stay tuned for updates on Riddle working SmackDown. Below is his first debut teaser vignette: