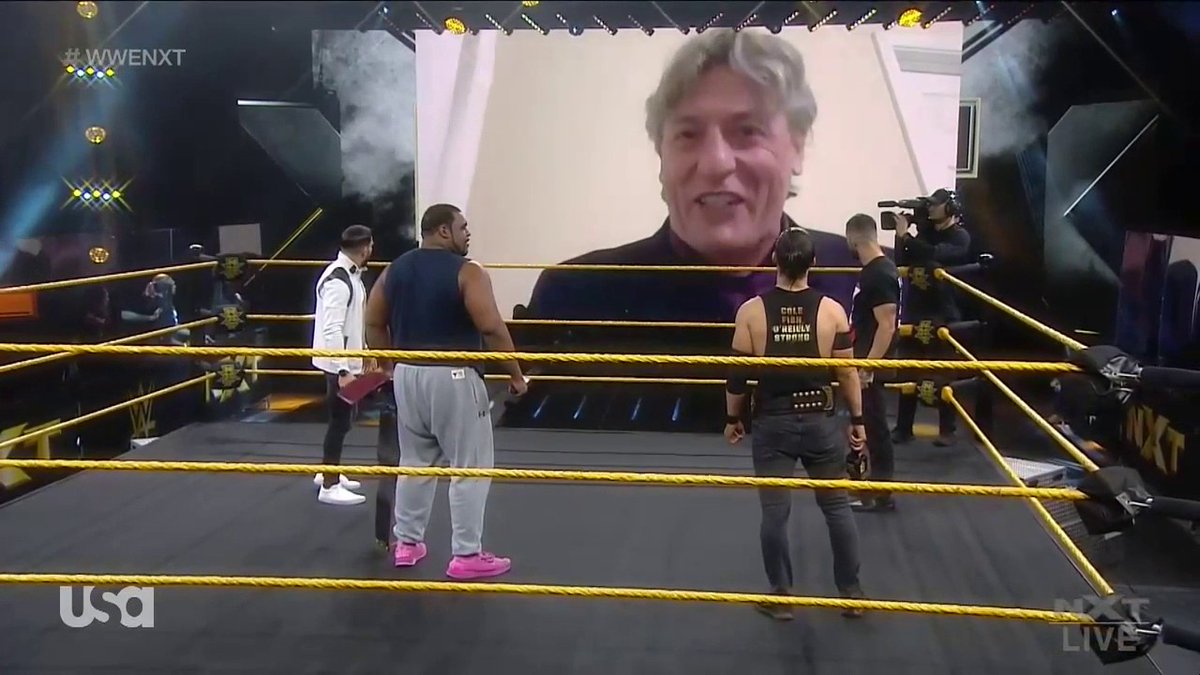 The WWE NXT main event scene really picked up with an in-ring segment during tonight's episode on the USA Network.

As noted, Karrion Kross and Scarlett also recently called out Cole as Kross has his eyes on the NXT Title. Kross was not mentioned during this in-ring segment, but earlier in the show Lee told Cole that Kross would not be the one to take the title from him. Lee ended that segment by smashing Scarlett's hourglass on the ground.

Stay tuned for updates on these new NXT title programs. Below are a few shots from tonight's related segments:

"It's not gonna be Kross that takes that championship away from you. IT'S GONNA BE ME." - @RealKeithLee to #WWENXT Champion @AdamColePro

Every @WWENXT fans knows that when @RealKingRegal shows up it's usually GREAT news. He didn't disappoint tonight. #WWENXT pic.twitter.com/HhYsZLswqL

NEXT WEEK:@RealKeithLee vs. @FinnBalor vs. Johnny Gargano for the North American Championship

July 8th, @AdamColePro defends the NXT Championship against the winner in a 'Winner Take All' match! pic.twitter.com/a6Q0DehNHj