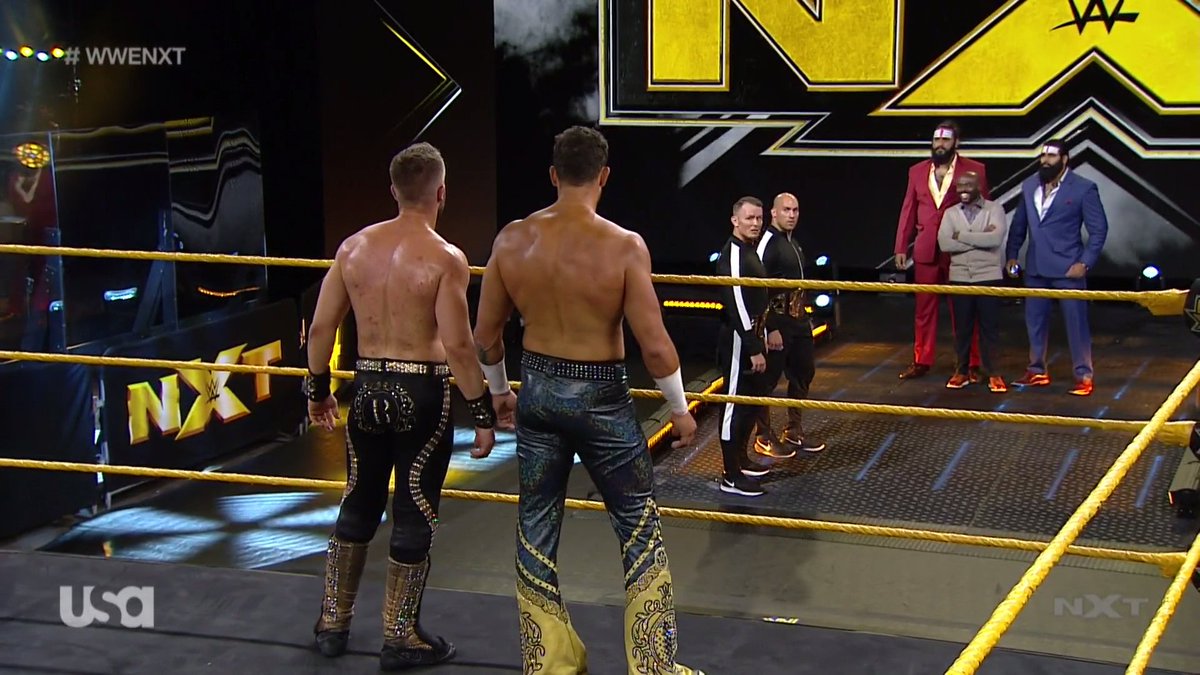 Breezango last teamed up on the December 11, 2019 NXT episode with a win over The Singh Brothers. Fandango suffered an elbow injury in that match and has been on the shelf ever since. Breeze has wrestled some singles matches on 205 Live and NXT since then, but tonight they reunited to win a Triple Threat to crown new #1 contenders to Imperium. Breeze and Fandango were the mystery tag team that went up against The Undisputed Era's Roderick Strong and Bobby Fish, plus Oney Lorcan and Danny Burch.

The Indus Sher tag team also returned on tonight's NXT and set up a three-way tag team feud after the #1 Contender's Triple Threat. After Breezango won their match, Barthel and Aichner came down the ramp to stare them down. That's when Indus Sher made their returns with manager Malcolm Bivens. The trio appeared on the stage behind Imperium and stood there as the three tag teams looked around at each other.

Indus Sher is made up of Rinku Singh and Saurav Gurjar, with Bivens as their manager. They debuted back in April to begin a feud with then-NXT Tag Team Champion Matt Riddle, but it never went anywhere. They defeated Ever-Rise in their in-ring debuts the next week, and then appeared on April 15 for a pre-recorded promo to warn the NXT tag team division. They were off TV until tonight's show.

There's no word yet on when Breezango vs. Imperium will happen, or when Indus Sher will work their second official TV match, but we will keep you updated. Below are a few shots of tonight's Triple Threat and post-match return on NXT from the WWE Performance Center in Orlando:

One small step for man, one giant leap for GORGEOUS KIND. ??????????#BREEZANGO IS BACK! #WWENXT @MmmGorgeous @WWEFandango pic.twitter.com/QgxAN8fjrV

Who will challenge #Imperium for the NXT Tag Team Championships? #WWENXT pic.twitter.com/dehDaFPunU