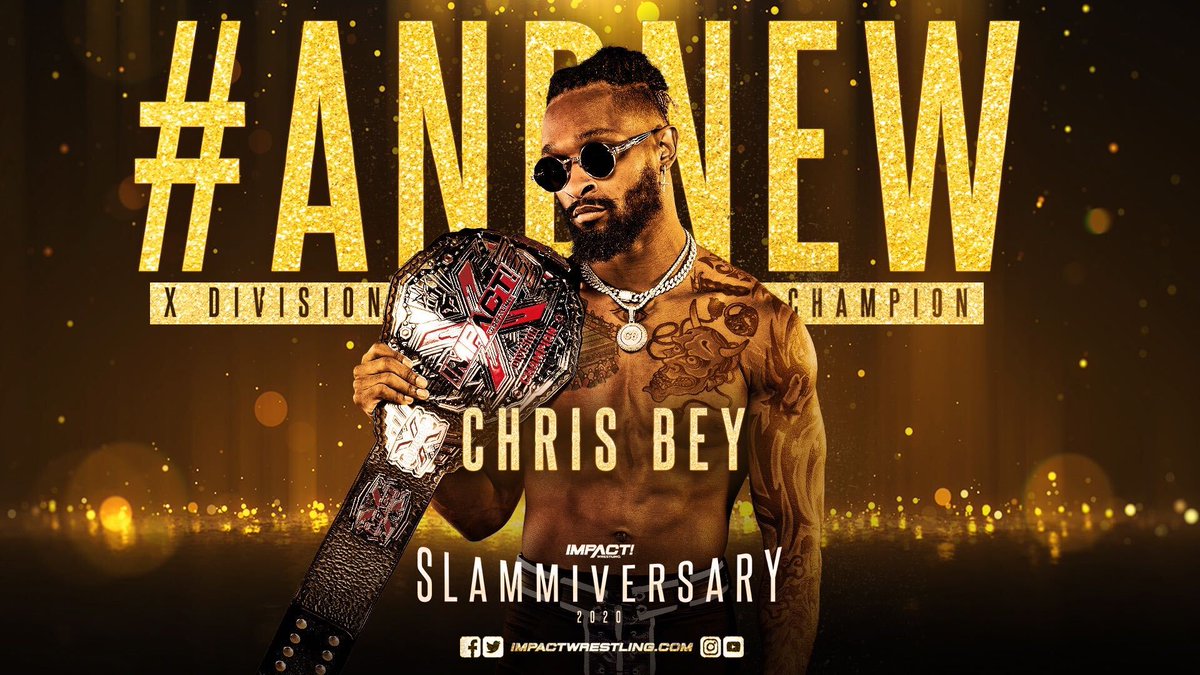 Chris Bey has now become the new X-Division Champion during Impact Wrestling's Slammiversary event. Bey won after poking Mack's eyes. Once he did that, he connected his signature move, the Final Finesse, to score the pinfall victory.

This is Bey's first time winning the championship. Mack previously won the title on Night One of Rebellion this past April against Ace Austin.

Be sure to follow our live coverage of tonight's show!

You can check out the title change in the images below: