Moose Will Defend TNA Championship At 'Slammiversary', Update On Other Matches 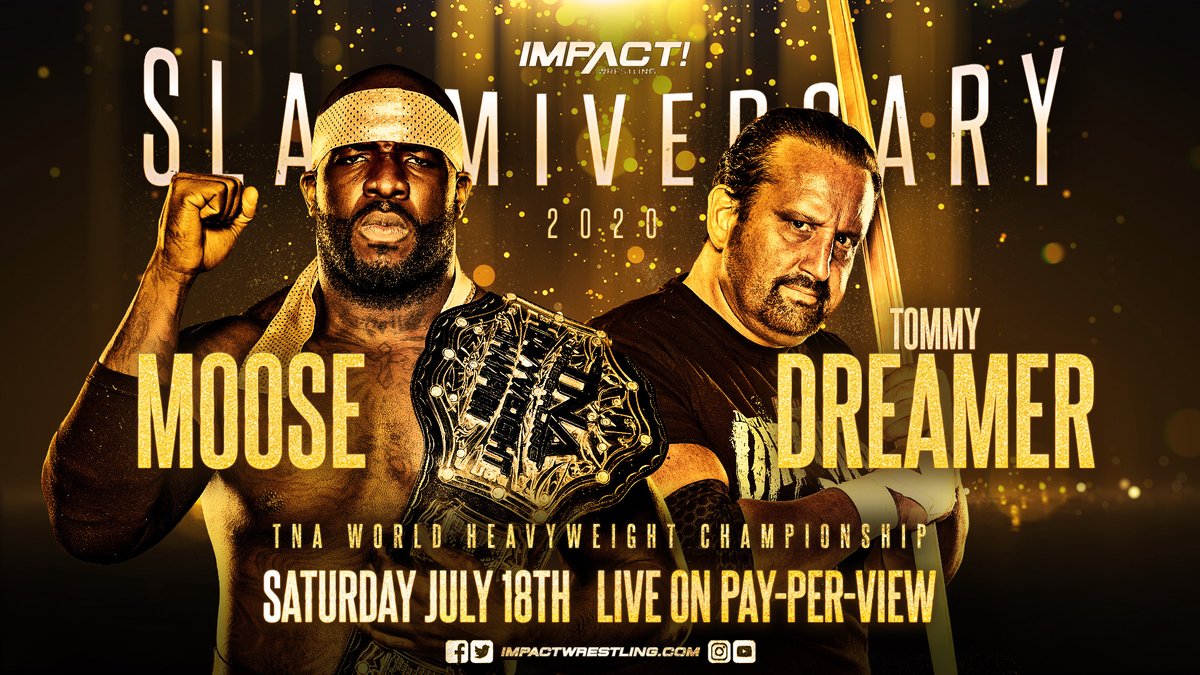 TNA World Heavyweight Champion Moose will have his hands full when he faces "The Innovator of Violence," Tommy Dreamer, for the Championship at Slammiversary.

This announcement came after Moose attacked Dreamer, who was trying to help Moose's opponent, Crazzy Steve, leave the ring safely after his match last week. Dreamer cut a fiery promo on Moose, saying that he was a waste of talent and that he wasn't even good enough to actually win his own championship. Moose later responded to Dreamer's comments by saying that it was all slander and demanded a public apology from Dreamer, or he'd sue Dreamer and Impact Wrestling.

Instead of getting an apology from Dreamer this week, Moose received the news that Dreamer spoke to the higher up's and that their match at Slammiversay was official. Can Moose actually keep his self-proclaimed Championship?

.@THETOMMYDREAMER went to the TNA Championship Committee and the TNA Director of Authority and he's going to face @TheMooseNation for the TNA World Heavyweight Championship at #Slammiversary! #IMPACTonAXSTV pic.twitter.com/iEuVjsFs5p

.@MadisonRayne welcomes one of the most iconic Knockouts of all-time to Locker Room Talk....HERSELF!

Lastly, before the show concluded, a brand new Slammiversary advertisement premiered. In the ad, it was announced that the mystery opponent, who will be part of the Fatal 4 Way Match for the vacant Impact World Championship, will not be debuting alone. The ad concluded by showing three drinking glasses.

A former World Champion will return at #Slammiversary on July 18th...but he will not be alone.

Below is the updated card for Slammiversary thus far:

Gauntlet Match to Determine the New #1 Contender to the Knockouts Title
Alisha Edwards vs. Taya Valkyrie vs. Susie vs. Kiera Hogan vs. Havok vs. Kylie Rae vs. Kimber Lee vs. Nevaeh vs. Rosemary vs. Tasha Steelz vs. Madison Rayne

Stay tuned with Wrestling Inc. for additional announcements about Slammiversary.