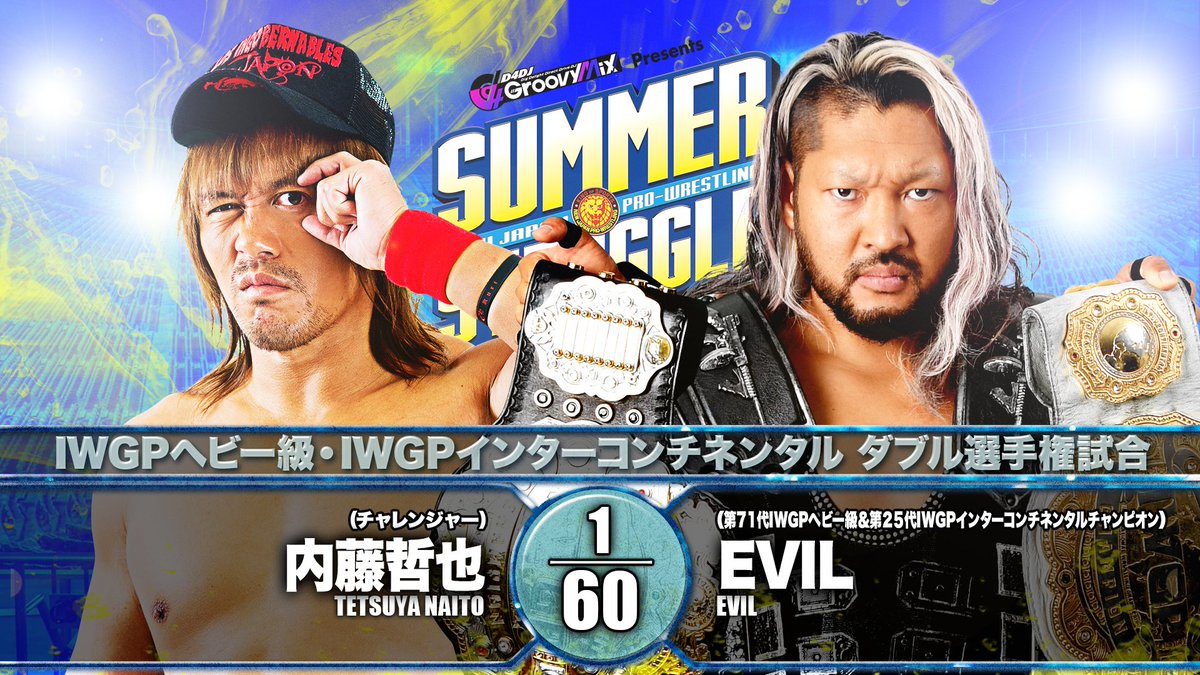 New Japan Pro-Wrestling announced today that they will have live English commentary for Summer Struggle in Jingu.

Kevin Kelly and Chris Charlton will be doing the English commentary.

The Summer Struggle event will be on August 29 at the Jingu Stadium. Fans will be available to watch it at NJPW World.

Below is NJPW's full announcement:

August 29 will see NJPW return to Jingu Stadium for the first time in 21 years. With hot action in the open air setting of Jingu amped up for five title matches on the card, it seems only right to keep our great fans around the world up to date with what's happening, as it's happening!

We're excited to have live English commentary for Summer Struggle on NJPW World August 29. Kevin Kelly and Chris Charlton will be on the call for this huge event! Wherever you are on August 29, be there with NJPW World!

The card announced so far is the following:

* The four winners of August 26's first-round matchups will compete