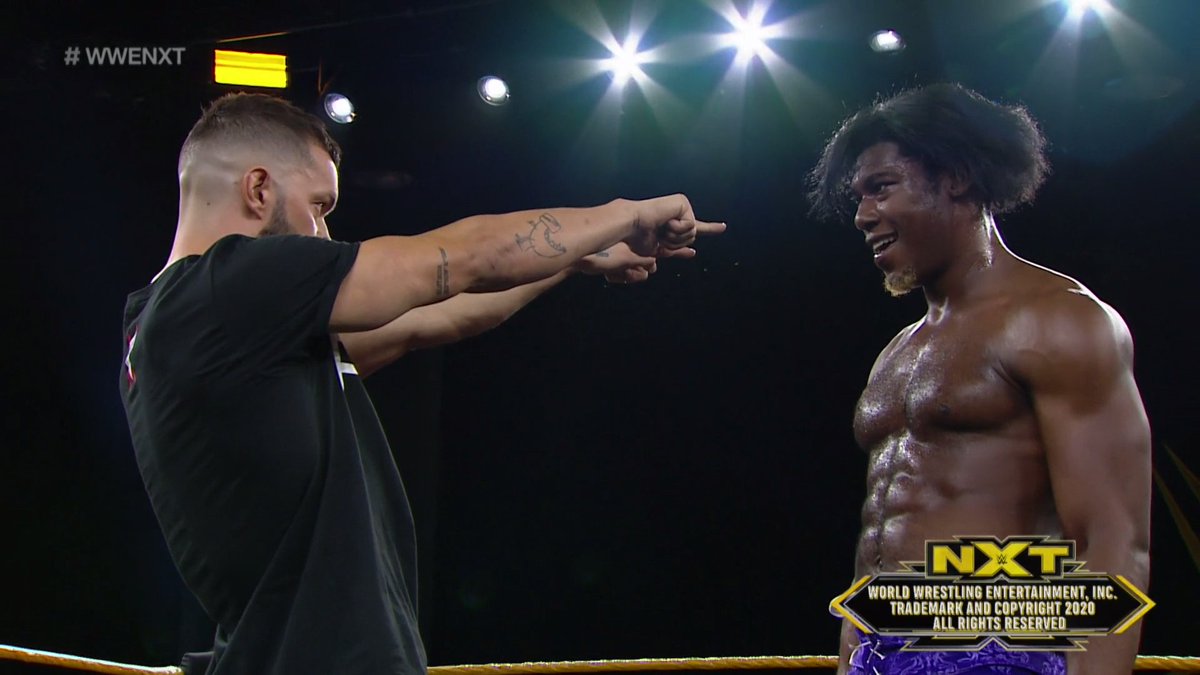 The Velveteen Dream returned to action during tonight's WWE NXT episode on the USA Network.

After tonight's main event, Dream snapped and attacked Kushida as the crowd of developmental trainees booed him. Balor came to the ring and faced off with Dream in the middle of the ring as NXT went off the air.

There is no word yet on what led to WWE keeping Dream after the issues he faced earlier this year, but it looks like he is staying with the company. This was his first match since losing to then-NXT Champion Adam Cole in the Last Chance Backlot Brawl at the "Takeover: In Your House" event in late May. Before tonight Dream last appeared on the June 17 episode, where he was into a new storyline with the now-injured Dexter Lumis.

The 5-man Ladder Match at Takeover currently has Grimes, Damian Priest and Bronson Reed as confirmed entrants. The other two spots will go to the winners of Balor vs. Dream and Holland vs. Gargano.

The 30th NXT Takeover event is scheduled for Saturday, August 22, during WWE SummerSlam Weekend. It will take place at the NXT Arena on the campus of Full Sail University in Winter Park, Florida.

Below is the current Takeover card, along with a few photos & videos from tonight's main event:

Ladder Match for the Vacant NXT North American Title
Bronson Reed vs. Damian Priest vs. Cameron Grimes vs. Ridge Holland or Johnny Gargano vs. The Velveteen Dream or Finn Balor

.@DreamWWE just SNAPPED on #WWENXT and it looks like @FinnBalor has taken notice... pic.twitter.com/v6QxfW8aVF