Former WWE Champion CM Punk is clearly not impressed with RETRIBUTION, WWE's new vigilante stable that is now officially a part of the WWE main roster. For the third time in nearly a month, Punk roasted the faction via social media.

After last night's edition of Monday Night Raw, Punk posted a screengrab of Slapjack [Shane Thorne] on his Instagram story along with the caption, "When you're bored in catering and there's an abundance of paper plates."

Punk was roasting Slapjack's mask, which somewhat resembles that of Jason Voorhees, the iconic character from the Friday The 13th horror movie series.

The screengrab, which can be seen below, was from the six-man main event match featuring Slapjack, Mace [Dio Maddin], and T-BAR [Dominik Dijakovic] against The Hurt Business.

As reported earlier, WWE is planning a major traditional Survivor Series elimination match between members of RETRIBUTION and members of the Raw roster as the main event one of WWE's four biggest shows of the year. It is possible that members of the SmackDown roster are also involved in the match. There is still no confirmation on whether RETRIBUTION will be restricted to Raw or appear on both shows going forward. 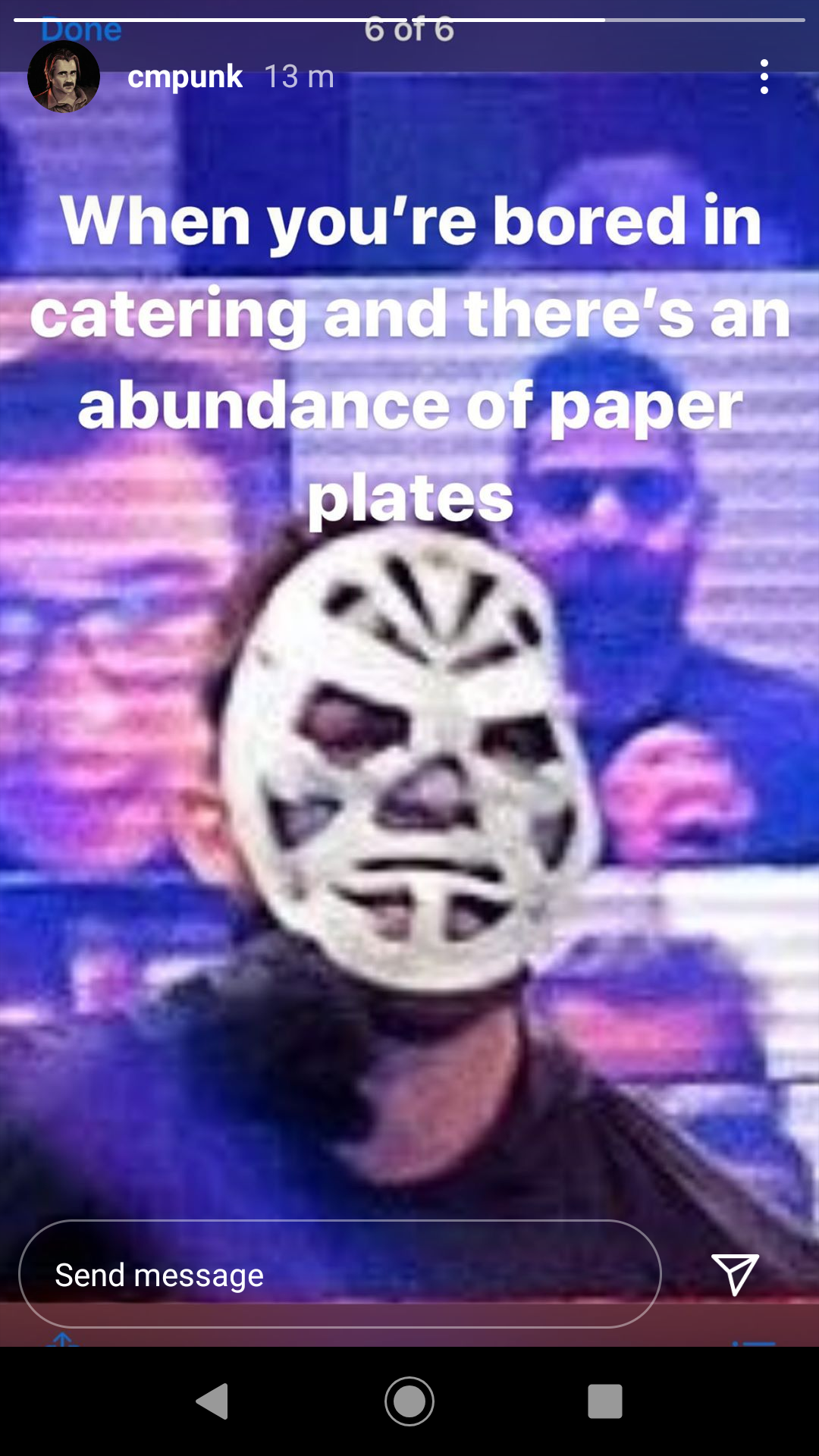