Edge and John Cena had a memorable rivalry over the years. Their rivalry was the focus of the latest edition of WWE Untold, which is streaming now on the WWE Network. During the special, Edge revealed that he hated Cena's spinner belt design.

"I hated the spinner belts," Edge said. "Despised them."

The former WWE Champion also revealed that there were plans for him to have a "Rated R" Championship belt. The idea was ultimately nixed in favor of his logo being placed on the spinner belt.

"When they approached me and said, 'We're going to do a Rated R Championship belt', I was like, 'Right, let me get to work!'" Edge recalled. "I got home and drew up this beautiful championship belt. This thing was badass.

"When I got back, they were like, 'Well, no; we're just going to put your logo in it.' Like, that's it? Edge wouldn't want a spinner belt. That, to me, is the one championship that needs to look like a championship and not somebody's hub caps."

Edge has been out of action since suffering a torn triceps in his match against Randy Orton at WWE Backlash last June. He is expected to be out for several more months.

You can check out Edge's design and his comments below: 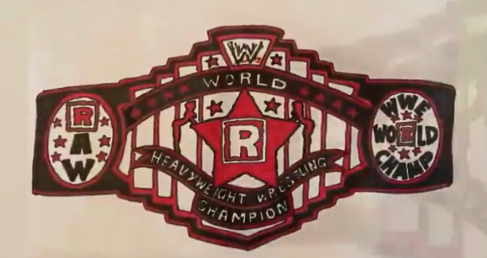 Edge pitched his own Rated R WWE Championship, but got turned down and they just added the Rated R logo on the spinner belt #WWEUntold pic.twitter.com/35c4XOhvJP