Randy Orton has liked a tweet which takes a jibe at Vince McMahon's decision to ban WWE talents from engaging with third party platforms such as Twitch and Cameo.

In the aftermath of last night's edition of Monday Night Raw, which saw Drew McIntyre driving into the arena in an ambulance, a tweet jokingly remarked that McMahon would have a problem with the WWE Champion undertaking a side job as an ambulance driver.

"I sure hope @DMcIntyreWWE isn't an ambulance driver on the side. You know how I feel about Superstars doing anything outside of the @WWE" - @VinceMcMahon," read the tweet.

As reported earlier, WWE has addressed some of the guidelines as it pertains to the new edict, giving talents until October 2 to cease all activities with third party platforms. Although WWE talents would be allowed to maintain their Twitch and YouTube accounts, they would have to do so using their real names.

The third party edict, which was first reported exclusively by Wresting Inc., has been criticized by fans, wrestlers, and former Democratic presidential candidate Andrew Yang, who called WWE's labor practices as "ridiculous" and "corrupt" in various tweets and TV interviews.

Meanwhile, Orton will face McIntyre in a rematch for the WWE Championship at WWE Clash of Champions on September 27. 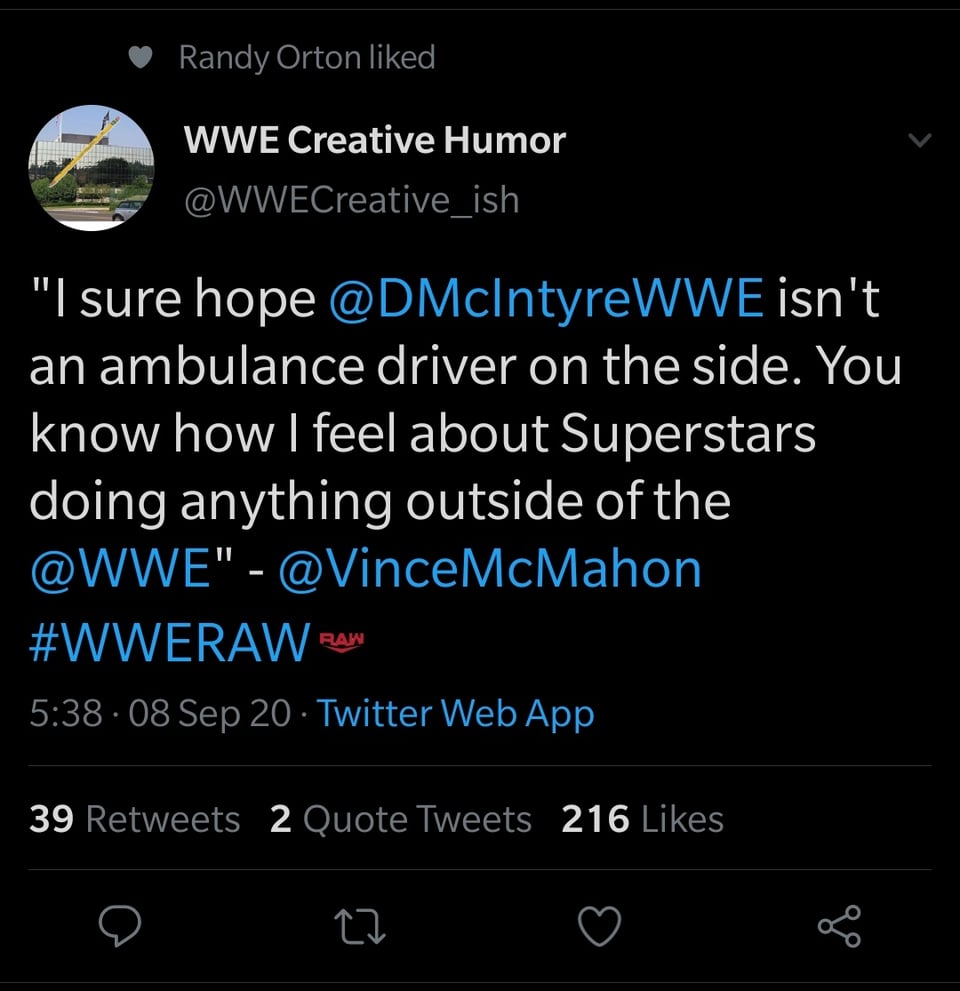 "I sure hope @DMcIntyreWWE isn't an ambulance driver on the side. You know how I feel about Superstars doing anything outside of the @WWE" - @VinceMcMahon #WWERAW

Previous Article
Renee Young On The Length Of Her WWE Non-Compete, If She's Interested In Working With AEW
Next Article
Darren Young Recalls Being "Devastated" By WWE Cancelling NEXUS Reunion