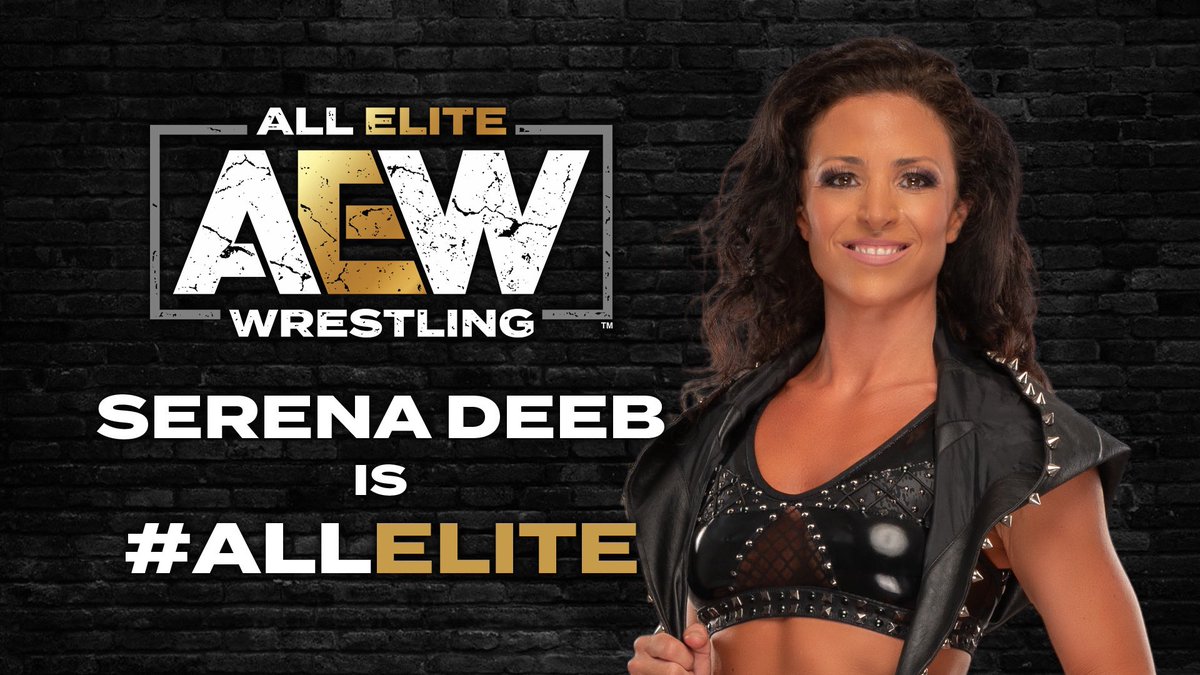 AEW star Serena Deeb announced she will be self-quarantining for 10 days after she came in contact with someone who later tested positive for COVID-19.

Serena Deeb was supposed to be on next week's NWA/UWN "Primetime Live" PPV in a match against Allysin Kay. NWA has reported that Nicole Savoy will take her place.

Below is her statement that she released today:

Earlier this week, I came into contact with an individual who later tested positive for COVID-19. I am taking extra precautions and will be self-quarantining for 10 days.

Due to this, I unfortunately have to postpone the match at Primetime Live next week with Allysin Kay.

I offer my utmost apologies for this. This is a serious matter, and the health and safety of everyone involved always comes first. -Serena Deeb

As reported this week, AEW announced that Serena Deeb had officially joined the company. She had made her AEW debut earlier this month in a match against NWA Women's Champion Thunder Rosa.

Allysin Kay is going to have a hell of a battle on her hands with Nicole Savoy at Prime Time Live on 9/29!