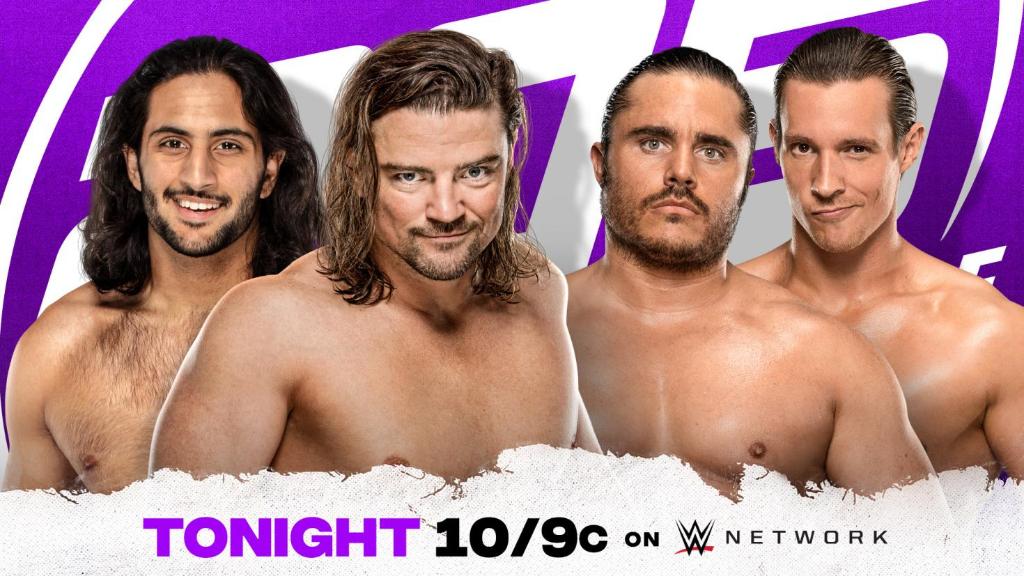 Welcome to Wrestling Inc's WWE 205 Live recap! Tonight's action-packed show will take place right after Friday Night SmackDown at 10 PM EST on the WWE Network. Be sure to chime in on your thoughts about tonight's show in the comments section below. Additionally, share our live coverage through social media. Make sure to click the REFRESH button to continue to get the most current up to date coverage.

Vic Joseph and Nigel McGuinness welcome us to another edition of 205 Live from the Capitol Wrestling Center. Ariya Daivari makes his way to the ring accompanied by Tony Nese, who joins commentary. Footage of last week's main event is played, which saw Daivari help Nese pick up a victory over Curt Stallion. Stallion is out next.

Tie-up.Headlock from Stallion. Daivari attempts to break free...Stallion keeps it held on. He eventually breaks free...Stallion lands a few chops but Daivari yanks him down to slow the action. They trade spots of smashing each other's face off the top turnbuckle. Daivari hits a big back suplex. Stallion shakes it off and mounts Daivari in the corner for the 10-punch. A series of strikes by Stallion leads to a nearfall. Fight spills to the outside...Stallion gets distracted by Nese at the commentary table allowing Daivari to retake the advantage. Back inside the ring Daivari stomps Stallion down. Stallion gets to his feet and lands a few stiff slaps...Daivari gets behind Stallion and connects with a jumping neckbreaker. Cover...only two. Daivari sends Stallion to ringside. Nese talks more trash as Daivari sends Stallion head first into the table.

Daivari applies a camel-clutch on Stallion in the center of the ring...he tries to drive his weight into Stallion's back but Stallion gets a knee up and Daivari lands crotch first. Stallion picks up a head of steam. Another strike combination, followed by a corner shotgun dropkick. Daivari counters a maneuver giving him back the momentum...he climbs...Persian splash for a two count. Daivari calls for a powerbomb...Stallion counters with a backbreaker, then a standing double-stomp. Daivair rolls to the outside again...suicide dive from Stallion! Nese jumps up to the apron but Stallion headbutts him. Daivari tries to go for the hammerlock-lariat but Stallion turns it into a pin...got em!

Backstage Mansoor and Brian Kendrick are having a chat until Ever-Rise interrupt them. Parker and Martel say that pretty much everybody has beaten Kendrick these days. This leads to Kendrick challenging Ever-Rise to a tag team match, which is coming up next.

Commercial for the 30 Days of the Deadman special coming up this month.

Main event time. Ever-Rise is out first, followed by Kendrick and Mansoor. Here we go.

Mansoor and Martel begin. Tie-up. Martel forces Kendrick to the corner...referee calls for a break and both men reset. Second tie-up...Martel has wrist-control and forces Mansoor to the mat. Mansoor shows off his athleticism and gets to his feet...Martel surprises Mansoor with a drop-toe-hold, then brings in Parker for some tandem offense. Arm-drag from Mansoor gives him some room to bring in Kendrick. Kendrick lands an axe-handle from the top. He rings Parker's arm before locking in a submission. Parker drives Kendrick back into his team's corner, giving Mansoor a chance to tag in...he continues targeting the arm...blind-tag from Martel...Mansoor comes off the ropes and Martel runs through Mansoor with a lariat. Double-teams and quick tags from Ever-Rise keep Mansoor pinned down.

Kendrick gets a hot tag and begins running through Ever-Rise with back fists. Butterfly lock, who brings Mansoor right back in. Double-suplex from Kendrick and Mansoor...cover and a two count. Some miscommunication from Kendrick and Mansoor leads to Ever-Rise getting the heat on Kendrick. Martel taunts Kendrick by screaming, "You used to be somebody." Another tag. Snap-suplex from Parker for a nearfall. Kendrick ducks a double-team lariat and Parker and Martel run into each other. Kendrick cannot take advantage. Martel goes for a back suplex...Kendrick lands on his feet dives for a tag but Parker is on the outside to pull Parker off the apron. Finally Kendrick gets to Mansoor, who disposes of both members of Ever-Rise with ease. Running lariats by Mansoor. Atomic drop/spinebuster by Mansoor. Mansoor tries sliced-bread...Parker and Martel have it scouted. Double-flapjack onto Mansoor...Kendrick just breaks up the pin...Mansoor eventually hits Sliced-Bread to pick up the win for his team.

Commentary put over how well Mansoor and Kendrick worked as a team. The babyfaces celebrate in the center of the ring as Ever-Rise regroups.